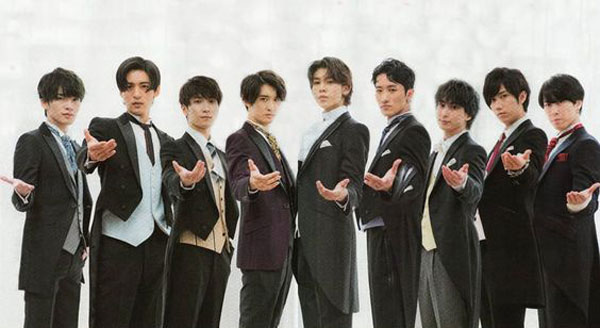 The Japanese group Snow Man debuted in 2020.
The close friendship within the group is one of the charms of Snow Man.

They get along like school classmates, Snow Man, but there's actually quite an age gap among the members!

In this issue, we summarize the current ages of these Snow Man members and the age difference between each of them.

What is Snow Man's current age and age order?

The Snow Man members' age order and birthdays are as follows.
The ages listed in this article are always updated!

That's quite an age gap! I think this is quite unusual compared to other Japanese groups.

What is the age difference between Snow Man members?

As you can see from the age order, the Snowman's age difference is up to 11 years!
The diagram looks like this.

The original six members are sizzling.
And the age difference between you and Raoul is enormous!

I feel like this is all I need to do, but just in case, I will also summarize the age difference between all the members and each member.
I hope you'll take a look at it in your spare time!

Related Articles  Snow Man Daisuke Sakuma's dance is getting rave reviews! What is your history and rating?

Although their cool and sharp dance moves and average height are also attracting attention, many of you may have heard of Snow Man through YouTube.

Seeing the nine members of Snow Man happily playing wargames, gesture games, and other games in a friendly atmosphere makes us feel happy as well.

The appeal of Snow Man is that even though the group has such a wide age range, the members get along well with each other, and there is a sense of security that they will continue to be active for a long time to come.