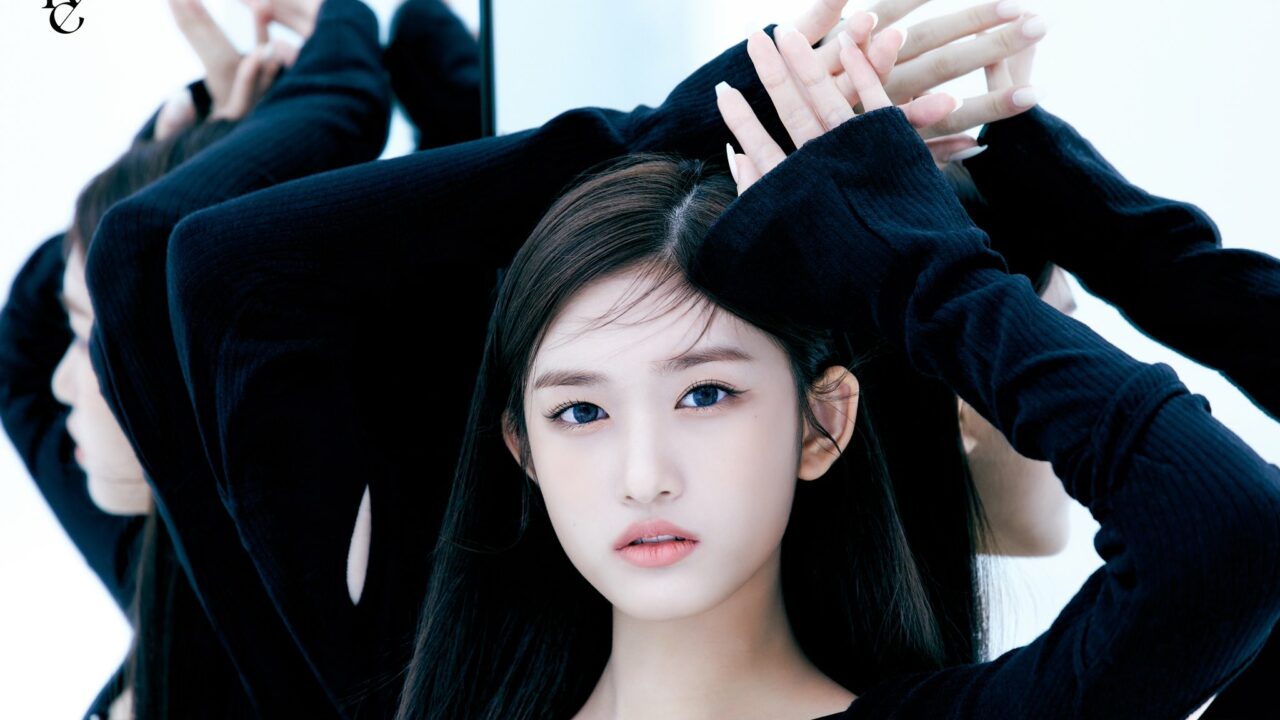 All members of IVE are known as visual artists.

From such IVE, we focus on Iso, the strongest mannequin with both beauty and cuteness!

Discover everything about Iso, including his age, height, weight...and more!

What is IVE?They are a six-member girl group with stunning visuals.

His office is STARSHIP Entertainment.

IVE debuted in December 2021 with its debut song "ELEVEN".

Despite just debuting, it already has over 100 million youtube views, which shows the level of attention it has garnered.

As soon as they appeared on the scene, they became extremely popular in Korea.Won the No. 1 ranking in a famous music program in the shortest period of time in the history of girl groups.The event attracted a great deal of publicity, including

For such IVEMember from the popular group IZ*ONEThere is a ♪

It got a lot of attention for having popular members from AKB48 and HKT48 participating, as well as having Akimoto Yasushi as the producer!

such (about the actions of the listener, or about ideas expressed or understood by the listener)Yoojin and Wonyoung from IZ*ONE (IZ ONE)has joined IVE!

The group's name, IVE, means "I HAVE," and it expresses the group's determination to "show all that I and we (IVE) have in a dignified manner, as if we were IVE.

They do not want people to support them as a group in the process of growth, but rather as a complete female idol group.

The catchphrase for such an IVE is "DIVE INTO IVE"!

This makes me want to DIVE!

About Iso for IVE

Iso is a hot topic of conversation for her cute appearance and powerful performance that is hard to believe she is a junior high school student.

She has a cute appearance with big eyes, but she also has a calm and mature atmosphere that makes it hard to believe that she is the youngest member of the group.

She also has an active and cheerful personality, which makes her very beloved by fans and members.

Furthermore, in terms of performance, Iso's imposing expression and dancing have been very well received by fans.

I can't take my eyes off Iso when I see the group's video!

Iso was scouted by the famous SM Entertainment while shopping at a department store when he was in the sixth grade.

After that, she passed with flying colors in the kids' model selection test with over 6,000 participants, and made her debut in the entertainment industry as a kids' model for SM Entertainment.

Now a junior high school student, he is a member of STARSHIP Entertainment and has been active as an IVE since 2021.

Iso appeared on such a program in December 2021.Also broke the record for the youngest idol to appear on a Korean terrestrial music programThe company is doing so.

The members also seem to feel a generation gap with Iso. Gaul, the oldest member of IVE, was surprised at the fact that Iso had never heard of "Boys Over Flowers" or "Dream High," which were once big hits (laugh).

Iso, who is sometimes called a baby, also has a pampered appearance, which is evident in the way he talks.

Her personality is also appropriate for her age, and she is often spoiled by the members and is very much loved by them.

Best looking! What is IVE Iso's height and weight?

He is a little petite at 166cm among the taller members of IVE.

Still, with her very long legs, she's as stylized as any member around her!

I am also curious about their weight in relation to their height, but no official information was available.

Looking at the profile photo on the official IVE Japan website, they do not look that much alike.

But at certain angles and in certain situations, they look quite similar, so much so that even DIVE (IVE fans) can mistake them for each other!

Not only the atmosphere of the face, but also the height and body shape are so close that it is not surprising that even fans could mistake them for each other.

Iso is the youngest.Longest entertainment career in IVE.Therefore, you can see many cute figures before their debut.

She has been very popular as "cute" since her elementary school days when she was a kids' model.

Such is the case with Iso, who has actually joined IVE with twists and turns.

However, in 2019, Iso was shopping at a department store when the director of STARSHIP Entertainment, his current office, happened to see him and immediately scouted him out.

So Iso was cleared to work as an idol trainee.

Right around that time, the aforementioned IZ*ONE was in its heyday, and Iso was a big fan of IZ*ONE.

And it's exciting to be able to debut at IVE with Yoojin Wonhyun, a member from IZ*ONE, whom I've always admired.

Iso is very much loved by the members.

Because of their too-good-to-be-true looks, there have been rumors of plastic surgery.

However, as can be seen from the earlier photo of her as a trainee, there has been no significant change in her facial parts since she was a child.

Compared to the photos taken in elementary school when you were a kids' model, there is not much change from what you see today.

Although no official announcement has been made, it is clear from the photos that many consider her to be a natural beauty.

Iso is the youngest member of IVE.

The strongest looks, not at all inferior to the other members, have been famous since elementary school.

Although she has such cute looks, when she goes on stage, Iso shows a powerful performance with an imposing and professional face.

The official site in Japan has been opened, and we expect to see more opportunities to see them in Japan in the future.

I look forward to seeing more of IVE Iso in the future!