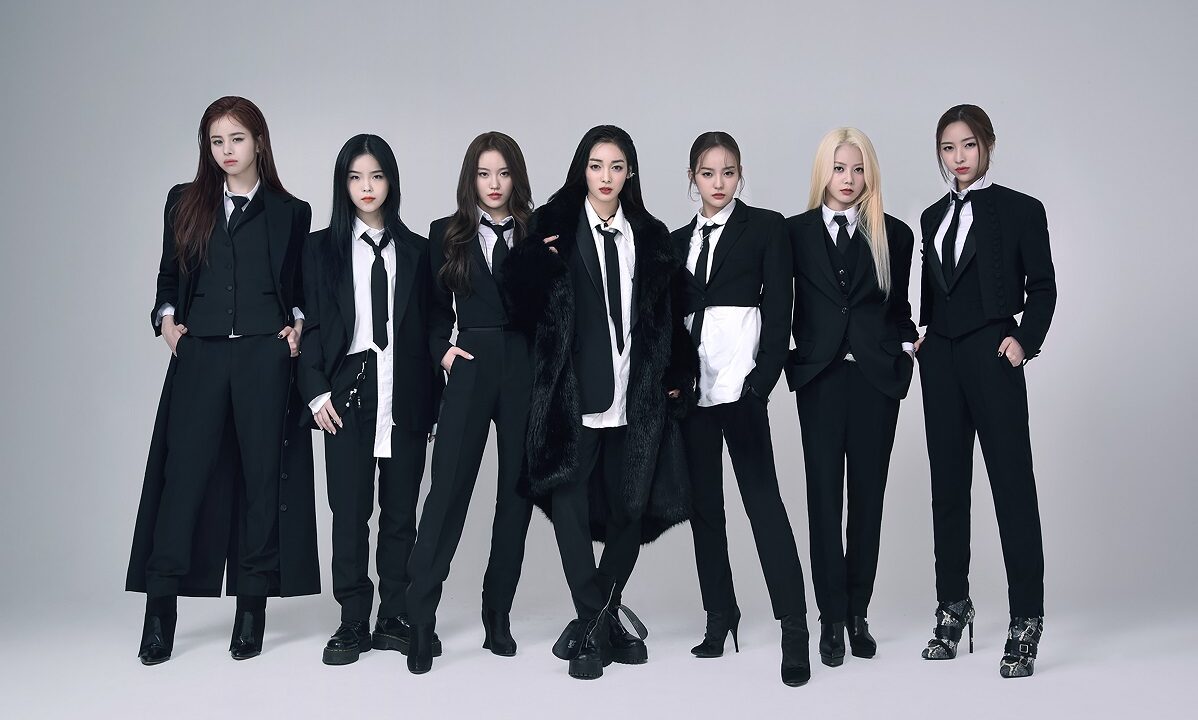 XG is an idol group that just debuted in Korea.All members are Japaneseand the much-talked-about XG will be introduced in detail, including member profiles, offices, and debut songs.

XG was formed by JURIN, CHISA, HARVEY, HINATA, JURIA, MAYA, and COCONASeven-member idol group to debut on March 18, 2022.I did.

Hip-hop and R&B are the main genres.We will be working in the following areas

In addition, XG was formed after about five years of practice by members who are all Japanese and belong to avex.

Where is XG's office?

Project to develop a dance and vocal unit that avex and Korea have been working on since 2018.X-Galaxy.XG was born from

In the "X-Galaxy Project," avex is nurturing stars who can be active on the world stage, and after a high level of competition among trainees, seven selected from them made their debut as XG.

Incidentally, "X-GALAX" is the name of the label.

Who is the producer of XG?

The XG members were produced bySIMON(Simon)Mr..

Mr. Simon, born in May 1989, is half Korean with a Korean father and Japanese mother, and his nationality is Japanese, so he also speaks Japanese.
Currently, he is mainly active in Korea.

Mr. Simon was a member of the group DMTN, which debuted in Korea in 2010, where he was in charge of rapping.

DMTN was a group with a dark, cool image and well-received music, but after one member was arrested in 2013, the group went inactive and effectively disbanded.

Although not active as DMTN, Simon spent the five years leading up to XG's birth preparing for its debut.Produced XGI was doing it.

What is the origin of the "XG" group name?

XG isXtraordinary Girls.stands for"Empowering people from all walks of life around the world through out-of-the-box music and performances.", which means "to be a good friend.
The members of XG are as powerful as their group name.

JURIN, who serves as the leaderwill be the first member to be announced on YouTube.

Snowboarding and modeling careerHe also has a history of winning and placing in snowboarding.

At the age of 12, he wasCertified as a professional snowboarderThe first time the company was founded, it was in the process of being reorganized into a new company.

So cool that you're the leader of an idol group and have a track record of snowboarding--too cool!

CHISA was the second member to be announced after the video was uploaded on YouTube. In the groupmain vocalistI am also a member of the

Before her debut, she had also worked as a model and was selected as the runner-up in the Tokyo Girls Audition 2016 Powered by Ameba at the age of 14.

CHISA excels at singing, and singer Namie Amuro inspired her to dream of becoming an artist.

COCONA, the youngest member of XG, was the third member to be announced.

Your high-toned hair color looks great on you!

New information may be released in the future as the range of activities expands. We will keep an eye on it.

They have been members of avex artist academy Tokyo and have been practicing for a long time.

She has also performed at the Tokyo Girls Auditions.

main vocalistJURIA, who plays the role of the "JURIA", was once a member of a group called "Amorekarina". The group was a girls' unit of elementary and junior high school students, and at that time, they were called JURIA YANO.

I graduated in 2015 to pursue a full-fledged singing career.

Specializes in danceand has been scouted at dance competitions.

She also has a history of modeling since junior high school, when she won the award for most magazine appearances at the Tokyo Girls Collection.

HARVEY is so well styled that he has been called a nine-headed model in the past, and he doesn't look a foot taller than 6'4",!

The name of his debut song isTippy Toes.and was published on YouTube on March 18 at 18:00.

Based on hip-hop and R&BtoThe song is clothed in dope energy, with delicate yet intense vocals and dynamic, edgy rap.The product is finished in the following manner.

This debut CD box and vinyl (analog vinyl record version) is available onSold out before the release date.Oh, my God!
youtubeの再生回数も400万回超えです。（2022年3月26日時点）
Looking at the comments section, we can see that it is highly appreciated by listeners not only in Japan but also overseas.

You can see how much attention XG is getting!

XG members are a hit with the ladies!

Looking at social networking sites and youtube comments, it is noticeable that many of XG's fans are women.

XG, as mentioned above, is a HipHop and R&B based artist, and as you can see from their music videos, they have a dark atmosphere.

The author's first impression, too, was just "cool.

It is no wonder that the members are very popular among women, as they are cool beauties in appearance.

In recent years, pop girl groups have been prominent, so XG's performance and cool visuals are very fresh.

Since they are an innovative group, I have a feeling that they will be a big hit, attracting even those who have never been interested in girl groups before.

I have a secret weapon.

You can see that they have very high expectations from the insiders.

We are talking about a group that is assertive in a good way and sells well, and indeed, XG is quite unique.

XG's recent updates can be found primarily on Twitter and TikTok.â

I especially recommend TikTok, where you can see a lot of updates, daily lessons, and interactions between the members!

In this issue, we introduced XG, a hot idol group that has just debuted.

XG has seven members. Many are highly skilled singers and dancers.
The group's cool visuals and high quality performances are appealing.

There are many aspects of the XG members' profiles that have not yet been made public, such as their hometowns and heights, but there is no doubt that they are a professional group.

Since it is still just after its debut, I am sure that a lot of information will become available in the future.

Watch out for more from the XG members in the coming months!