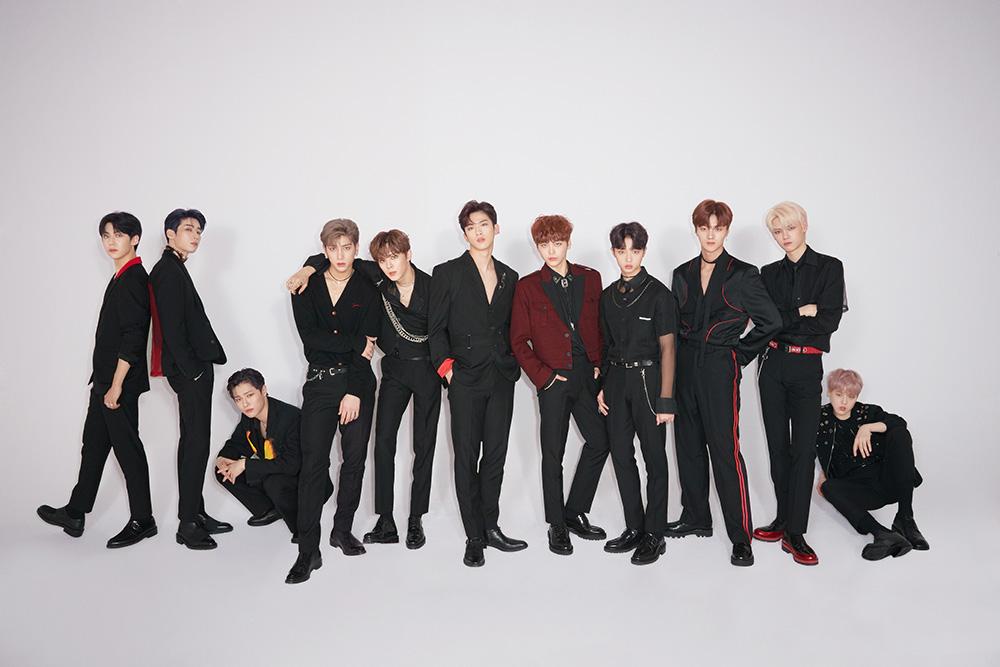 The 11-member boy group "X1" was born from the open audition program "PRODUCE X 101" but was forced to disband after only four months.

He gained popularity and attention through his performance in "PRODUCE X 101".The current activities of the 11 X1 members that are of interest to youâ

PRODUCE X 101" is the fourth season of the "PRODUCE 101" series, which aired on the Korean music channel Mnet from May to July 2019.

X1 will debut on August 27, 2019 with the mini-album 비상 (飛翔): QUANTUM LEAP, andInitial sales exceeded 520,000 copies, achieving double-platinum and the first half-million sales for a newcomer.The popularity of the company was so high that it wasDissolved only 4 months after debutThe company was forced to

What was the reason for the breakup of X1...?

With a five-year contract for the duration of the activity, X1 had been expected by fans to have the longest contract in the history of the "PRODUCE 101" series, including "PRODUCE X 101," which produced X1 on the verge of his debut.Allegations of Staff Vote Manipulation in "PRODUCE 101" Series...X1 was to make its debut amidst a whirlwind of suspicion.

The "PRODUCE 101" series vote manipulation case has resulted in the arrest and prosecution of 10 people, and the producer was sentenced to two years in prison...!

X1 continues to work hard until the last minute, but CJ ENM and SWING Entertainment will be January 6, 2020.We are pleased to inform you that we have discussed the matter in principle with each member's home office and everyone's agreement, but we could not reach an agreement and have decided to dissolve the group."and announced that they were officially disbanding....

After the breakup of X1, the members are now...?

After 4 years and 6 months of activity, the members and many fans were saddened by the breakup of X1...

All eleven members of X1 are showing us their new exploits through their agencies, all with one thing in mind, to meet their fans!

Immediately after the breakup of the X1.A look at the current X1 members in actionI'm going to do it.

Kim Yo-Han, who was selected as the finalist in "PRODUCE X 101" after only three months as a trainee, was announced by his agency, OUI Entertainment, as the winner of the "PRODUCE X 101" contest.Re-launched on October 5, 2020 as "WEi."I did!

WEi debuted as OUI Entertainment's first male idol group, with all members having appeared on audition shows, and five of the six members having debuted before.Dream team attracted attention even before their debut.I'm sorry, I'm sorry!

On March 16, 2022, they released their 4th mini-album "Love Pt.1: First Love", and from April 28 to May 2, they held their first live and fan meeting in Japan in Yokohama and Osaka.

Kim Woo-seok, who placed second in the final standings in PRODUCE X 101, was awarded the title of "TEEN TOP" by TOP Media, the company that ejected the TEEN TOP.Debuted as UP10TION on September 11, 2015In the past, he was one of the popular and well-known "debutantes" on "PRODUCE X 101".

Kim Woo-sook, who debuted with UP10TION under the stage name "Woo-shin," has continued to perform after the breakup of X1.Without joining "UP10TION,"Currently working as a solo singer and actor.It is!

As an actor, he appeared in the tvN drama "Impossible to Kill" and gave a great performance while surrounded by acting stars such as Lee Jin-wook, Kwon Nara, Lee Jun, and Jung Jin-young â

In music, on March 7, 2022.He wrote and produced all the songs himself.They are releasing their 3rd mini-album "3rd DESIRE [Reve]"!

Han Seung Woo, whose own sister is also known as Han Sonah from Secret, as well as Kim Woo Sook, in 2016.VICTON.and had already made his debut when he participated in "PRODUCE X 101" as a

After the breakup of X1, from the activities of VICTON's 6th mini-album "CONTINUOUS" released on March 9, 2020.Return to VICTONbut on July 28, 2021.Enlisted on active duty in the Army's military bandI am in the midst of my military service as of 2022.

What is the current status of X1 members, Song Hyun-joon & Kang Min-hee?

Excellent visuals that hone in on the individuality of eachIn.Hyunjun is the main dancer and Mini is the lead vocalist.â

Seung-yeon Cho, who placed fifth in the final standings of "PRODUCE X 101," has received a letter from his agency, YUE HUA Entertainment.UNIQ, a 5-member boy group from China & KoreaHowever, due to the "Restricted Korea Order" (Hallyu ban) in 2016, it was difficult for the group to participate in "PRODUCE X 101".

After the dissolution of the X1, theConcentrates on solo activities under the name "WOODZ.In addition to their visuals and dance skills, they are also highly acclaimed for their songwriting and lyrics.

Song Dong-pyo, who stood out among the X1 members with his small face and petite visual features, was given a new name by his agency, DSP Media, after the breakup of X1.Debut as "MIRAE" on March 17, 2021I did!

MIRAE is a seven-member group consisting of Lee Jun-yeok (75th in the final ranking), who appeared on "PRODUCE X 101" with Song Dong-pyo, Japanese member Rian, Kael & Park Shi-young from Under19, Yoo Do-hyun, and Jang Yubin.

Dongpyo, who was adored by the X1 members for his cute baby-like visuals with a small face and petite figure, has come of age and is showing us his new charm.

What is the current status of X1 members, Lee Han-kyeol & Nam Do-hyun?

Lee Han-kyeol, who placed 7th in the final ranking of "PRODUCE X 101," and Nam Do-hyun, who placed 8th, have been working together since the breakup of X1.Active as "H&DAfter doing so, his agency, PocketDol Studio (MBK Entertainment), announced that on November 19, 2020Official debut as "BAE173I did!

BAE173 consists of J-MIN, a former back-up dancer for MAMAMOO; Yoo Jun, a former trainee from RBW/DSP Media/SOURCE MUSIC; Junseo, a former STARSHIP Entertainment trainee who appeared on "Boy 24"; and Mujin, Yongseo, Doha, BIT, and Han Kyul, and Do Hyun.

Cha Juno, who placed ninth in the final standings of PRODUCE X 101, will be announced by his agency, Woollim Entertainment, on October 28, 2020.Debut as "DRIPPINThe company has fulfilled the

DRIPPIN debuted as the third boy group born from Woollim Entertainment, following INFINITE and Golden Child, DRIPPIN is a group that includes Lee Hyeop, Hwang Yoon-seong, Choo Chang-wook, Kim Dong-yun, Kim Min-seo, and Even Cha Juno...A seven-member team consisting of six members from "PRODUCE X 101" and Alex from Germany.The following is a list of the most common problems with the

Even the title track "Villain," the title track of his third album released on January 17, 2022, is a charming example of Cha Juno'sThe cool expression on their faces is brought to life in their performances, and theExpressing the world view of the song as the center of the groupI'm doing it.â

After the breakup of X1, he worked energetically as a solo artist, releasing the collaboration song "Memories" with Kim Woosook in October 2020 and holding his first online fan meeting, but on April 20, 2022, his agency, BRANDNEW MUSIC, announced that they would be releasing the new album "X1" on April 20, 2022.Debuted as "YOUNITEThe following is a list of the most common problems with the

YOUNITE is the first boy group to launch from BRANDNEW MUSIC, which includes AB6IX, BUMKEY, and Yang Daeil, in about 2.5 years since BDC.

Eunsang is a leader along with Uno (EUNHO) andÂ I am sure that based on the experience of debuting in X1, he will be an outstanding presence in his new group.Â

Popular not only in Korea but also overseas, including JapanOh, my God!

We look forward to seeing more of the members from X1 in the future.