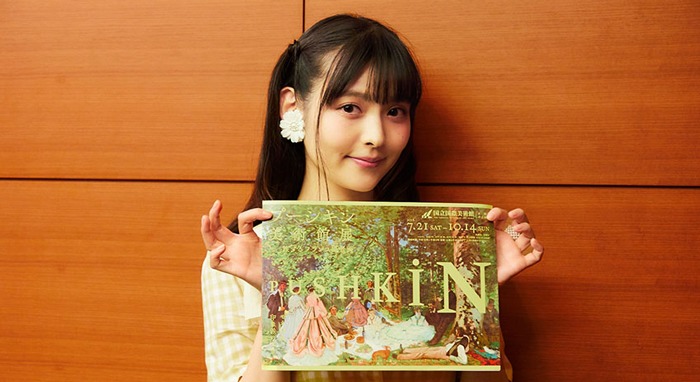 Voice actress Uesaka Sumire's love of Russia is at the level of a buzzkill.

He is quite an expert on Russia, Russian politics and history, and even Russian tanks, and speaks Russian fluently! This is a surprising and unexpected aspect of the company.

How deep is Uesaka Sumire's love for Russia this time?
In addition, how fluent is he in Russian and what is his reputation in Russia? And more!

Uesaka Sumire graduated from Sophia University with a degree in Russian 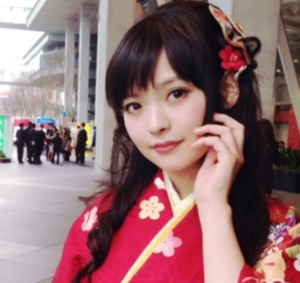 上坂すみれ（うえさか すみれ）さんは1991年12月19日生まれ、現在31歳の声優さん。
He is also a successful voice in the anime "Girls und Panzer" and "Fleet This.

On the other hand, Sumire Uesaka is also known as a Russian geek.
His hobby is "Russian studies.
Uesaka Sumire's love for Russia was ignited when she was in high school.

Uesaka Sumire has always loved history and military, and because of this, she often listened to military songs online. She is an amazing high school girl... 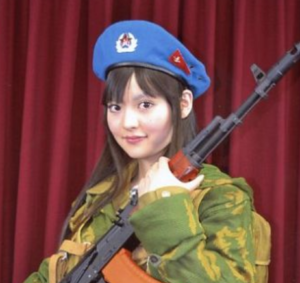 Along those lines, my freshman year of high school, I stumbled across a YouTube clip of aBeing shocked by the former Soviet Union's national anthem "Fatherland is for Us" was Uesaka Sumire's "Fateful Encounter with Russia.He said it was.
In case you don't know, Russia has an army and is inseparable from military geeks (military nerds, milliota).

Here is the "Fatherland is for Us".
It is very powerful, so please pay attention to the volume.

Watching more and more Russia-related videos, Sumire Uesaka became completely absorbed in the fascination of Russia.
This is where my hobby, Russian studies, began.

The video that Sumire Uesaka was watching at the time was
Speeches and propaganda films by Lenin, leader of the Russian Revolution. 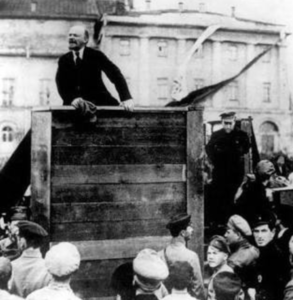 She is a really amazing high school girl...

Accepted to a university through love for Russia

Sumire Uesaka will be admitted to the Department of Russian Language in the Faculty of Foreign Languages at Sophia University with an open application and recommendation.

Uesaka Sumire took the entrance exam through public recommendation, wrote an essay on the theme of Russian avant-garde art, and at the interview, she enthusiastically expressed her love for Russia and passed the exam with flying colors. 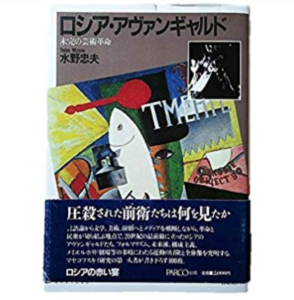 That a high school student can talk about avant-garde art is just too much!

At university, Sumire Uesaka studied Russian conversation and the politics of late Imperial Russia.
He was also a member of a Russian-language drama club and once stayed in Moscow for a training camp.

Sumire Uesaka being honored at the University

Sumire Uesaka received an award for academic excellence during her sophomore year of college.
I guess he was recognized for his enthusiasm and excellence in Russian studies. 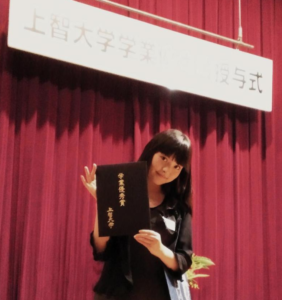 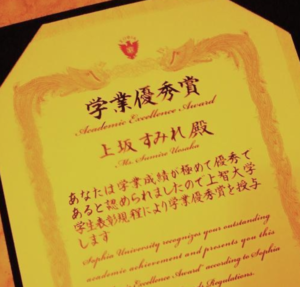 They said the award was given to the 139 best students out of the entire student body, nominated by their respective departments! 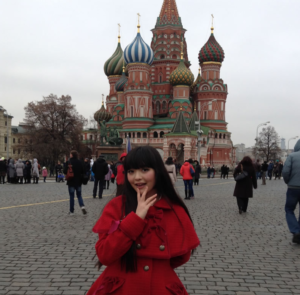 With her deep knowledge of Russia and the military, Sumire Uesaka has taken on a variety of jobs.

Beautiful Russian in an animated film 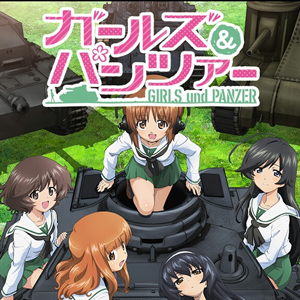 Sumire Uesaka plays the role of Nonna in the anime "Girls und Panzer.
It is a tank x school anime, and Nonna is fluent in Russian. She is a perfect fit for the role! 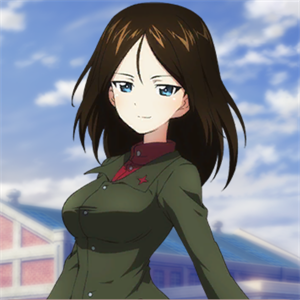 In the work, he sings a Russian folk song "Katyusha" to my surprise.

There is an anecdote that Sumire Uesaka's Russian was so good that she dared to request him to speak it poorly in order to match her with the other co-stars.

Talks about his love of Russia & tanks on Tamori Club

Sumire Uesaka showed her love of Russia and too-deep knowledge on "Tamori Club. 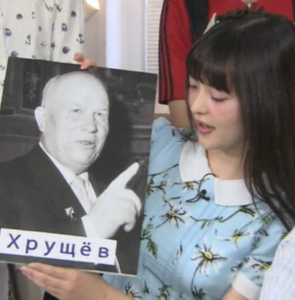 Then, Sumire Uesaka introduces her favorite tank, the T-34.
The most famous in Russia? They say it is a tank. 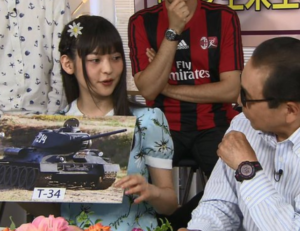 Sumire Uesaka's Russian geekiness that even Russians can't keep up with. 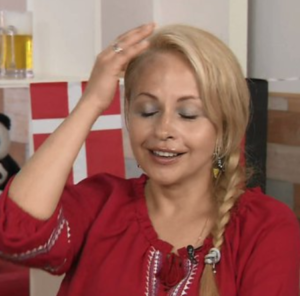 Uesaka Sumire graces the cover of "Monthly Arms Magazine," a magazine specializing in military affairs.
The feature at this time was "Russian Special Forces. 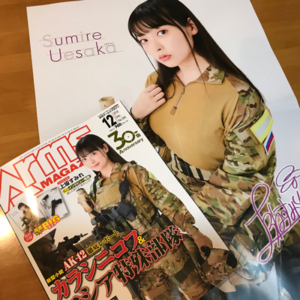 Not only is she a cutie, but Uesaka Sumire is also on the cover of the fashion magazine "spooon" with a special Russia feature! 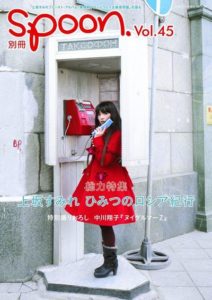 Appeared at a Russian event to great acclaim!

Sumire Uesaka, in her fourth year of university, performed at "J-FEST" (a festival of contemporary culture organized by the Embassy of Japan) in Moscow. She wowed the audience by voicing and singing anime characters. 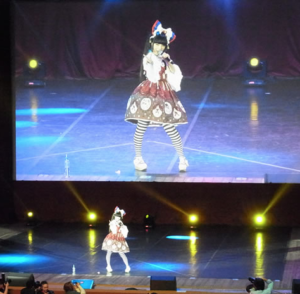 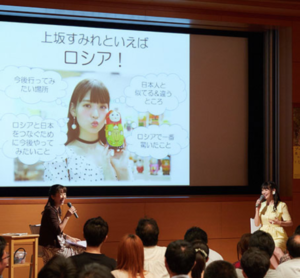 
What is Uesaka Sumire's level of Russian? 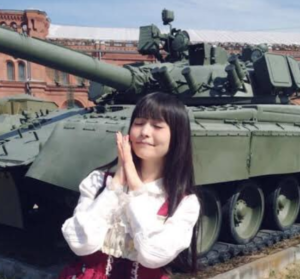 Uesaka Sumire's Russian is said to be fluent.
What do you actually think?

I found an audio of Uesaka Sumire introducing herself in Russian!

I don't understand Russian at all, but isn't it very good?

I do not understand Russian, so I will pick up your comments on this video.

I'm half-Russian, and I thought that Mr. Kamiya's level of Russian in Durarara wouldn't be a big deal anyway, but when I asked him about it, I was astonished.
I'm rather good...

Two Russians heard Sumire introduce herself in Russian on the radio.
We both said that Sumire's Russian was easy to understand, but her accent was still a little off with a Japanese accent, and maybe that's why she sounded so cute.

For a non-Russian native, that means Sumire Uesaka is pretty fluent!

Russian reaction! Russians are also in love with Uesaka Sumire? 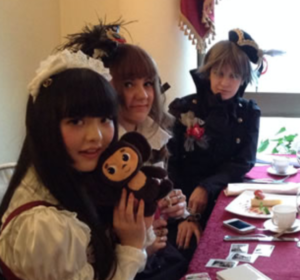 Is Uesaka Sumire's passionate love for Russia transmitted across the sea to Russia?
To get an idea of Uesaka Sumire's reaction in Russia, we excerpt some of the comments from the video below.

This is a 40-minute video interview with Sumire Uesaka from the Moscow office of the Asahi Shimbun newspaper, in which she talks about her thoughts on Russia and other topics.
Of course I don't understand Russian, so I used Google Translate! 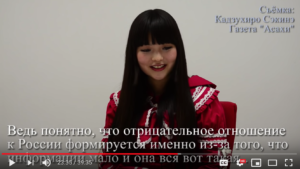 "She knows Russia better than the Russians."

"She should be given a Russian passport."

"Anyone would have fallen in love with her, as I did."

"Five minutes later, I realized I was no longer reading the translation, staring at the charming face and listening to these beautiful words."

"This girl has a very strong will...people like her can break down any barrier, any wall."

"She has a broad understanding of a wide range of different issue matters. Not everyone is given this."

In short, everyone was struck by Uesaka Sumire's love for Russia and fell in love with her!

Here's a summary of Uesaka Sumire's love for Russia!

I am surprised that Sumire Uesaka's Russian connoisseurship is at a level too high to be imitated.
But it is wonderful that your love of Russia has led you to work as a bridge between Japan and Russia.

We are looking forward to seeing what Uesaka Sumire, a voice actress who can sing and dance and is full of otaku charm, will do!