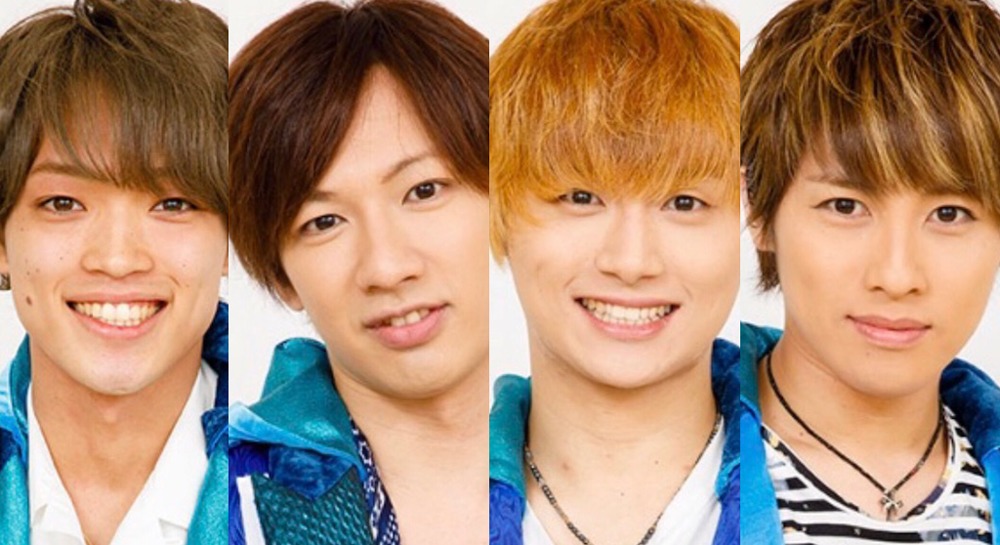 Uchu Six" is a unit within Johnny's Jr.

Here is a summary of Space Six's appeal as a group, profiles of each member, and member colors, heights, and ages that you may be interested in!

On 10/2/2020, the Johnny's office announced the termination of member Ryota Yamamoto's contract and the dissolution of Space Six on 10/5/2020. This article was written prior to the series of turmoil.

What kind of group is Space Six? 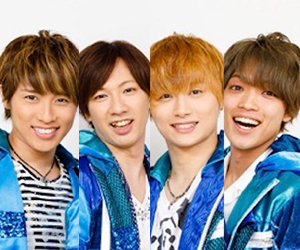 Space Six was formed in November 2016 as a unit of backing dancers for Arashi.
Six (Six), as there were six group members at the time.
The universe...is it the sense of the president at the time?

The origin of the group name "Space Six" is unknown to the members themselves.

In early December, Yukisada mentioned on the radio that he went to an Arashi concert and saw a group called Uchu Six, and when he asked Matsumoto about them, he said that the Johnny's were now aiming for space... but it was strange that the Uchu girls did not know the origin of their naming since they were interviewed at the same time.
Maybe Jun said that because of the jani-ai connection.

We are all curious about the origin of the Space Six group name~!

I wish I could have heard the origin of Space Six at the end.

I guess it was because of the space boom in Mr. Janney's mind?
Is it because the universe is magnificent?

Thank you very much for giving us the name of a unit that is now very important to us and that we love very much!

Later, Shota Hayashi left the group in March 2018 because he wanted to pursue acting.
Shota Hayashi is currently active on stage and in musicals. 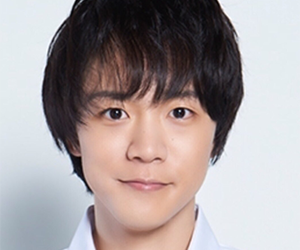 And Space Six in the six-person era. 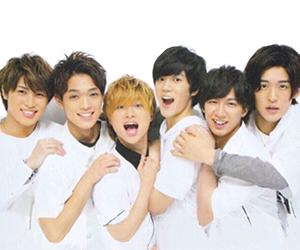 Ren Meguro left in August 2019, a year and a half after Shota Hayashi's departure, to focus on Snow Man's debut after concurrently serving as Snow Man.
Currently, Space Six consists of four members. 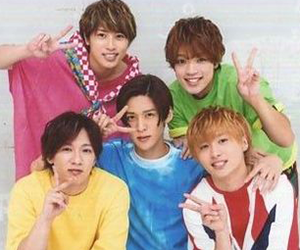 Click here to read about Snow Man, to which Ren Meguro-kun belongs.

What is the appeal of Space Six, and what is your fan name?

Space Six has members who are good at acrobatics and dancing.
And the mirror of an idol, Koudai Matsumoto (I will mention him in the member introduction below!) The fact that everyone in the group is passionate about their fans, including

I'm curious what you think the fans are called.
Alien!

The members of CREATE alone came up with the idea, and after surveying the customers, they decided to go ahead with it.
Every fan of Space Six is an adorable alien!

What is the Universe Six Pose? 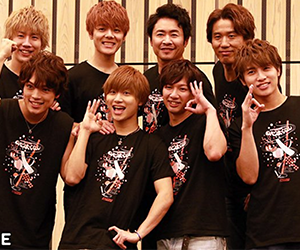 Space Six has a signature pose.
That is the Universe Six Pose.
You make a 6 with your hand and hold it to your face...
In doing so, we make it look like a throwing chu.

So it's a chu because it's a chu.
This is too bruising! That's moe! 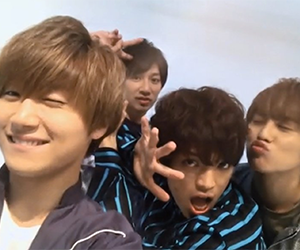 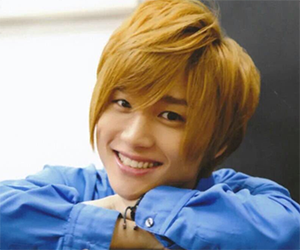 Ryota Yamamoto's specialties are choreography and acrobatics.
Ryota Yamamoto is so good at dancing that he can be described as the perfect dancer.

How can you move so well? The light body language is too cool.
Ryota Yamamoto's charm lies in his two-faced, loved character, who is cheerful and always smiling when he steps off the stage.

Speaking of duality. Ryota Yamamoto's abs are so ripped that they look like chocolate plates.
With a petite figure and such a pretty face, this is foul! 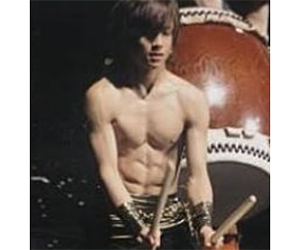 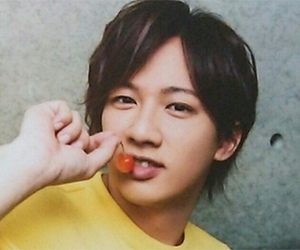 Tsuyoshi Eda says his specialties are sword fighting, piano, directing, and composition.
He served as assistant director for Matsumoto Jun at Arashi concerts, choreographed for Kamenashi Kazuya's first solo concert and others, and is even listed in the credits as a choreographer (choreographer) at KAT-TUN concerts.

He has been with the group for quite a long time, joining in September 2001, and his classmates include Kota Yabu and Satoshi Inoo.
The wide range of performances, from dynamic acrobatics to bewitching and sexy dance moves, is what you'd expect from a veteran!
A big cat lover (but allergic to cats!) and his unique view of the world, which he calls himself a "sexy kitten" from his sexy dancing. 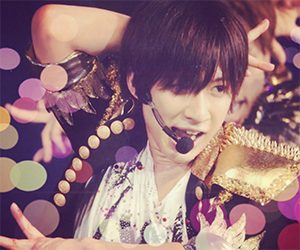 Tsuyoshi Eda is from Osaka Prefecture, but he lived in Osaka until he was in the 6th grade of elementary school and then moved to Saitama Prefecture.
So I usually speak in standard Japanese, but sometimes the Kansai dialect comes out at a moment's notice.
Lucky you on the day you got to hear Tsuyoshi Eda's Kansai dialect! 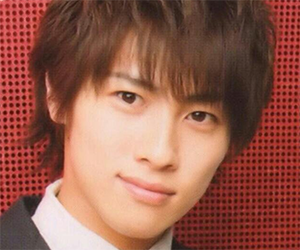 The charm of Yukihiro Matsumoto is his looks, which are both cool and cute at the same time, and his polite fans, which is the mirror of an idol!

Here is a partial list of fanzines for Space Six Yukihiro Matsumoto. *Some of them. pic.twitter.com/G3TsurQRbV

I dare say at a time when the TL is quiet.
I went to a KAT-TUN concert and found a new favorite!
Kodai Matsumoto of Space Six ✨✨
Her smile was so cute 😊.
I don't know what it is, but it's like I'm looking at it so much...you know what I mean? LOL.
Thanks for the two fanzines!# Space Six # Matsumoto, Yukihiro pic.twitter.com/gko5Y8o609

Kohdai Matsumoto is able to say "My fans are my girlfriends," a slightly embarrassing but natural line that will make your heart swell up and die. 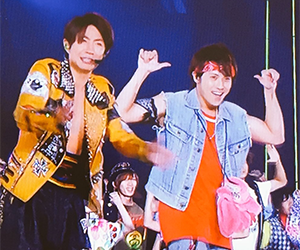 However, "I can do idol-like things because I am in work mode. I can never do it normally." Yes, he is professional and a true idol.

Koudai Matsumoto is friends with Arashi's Aiba and KAT-TUN's Ueda, and his endearing personality is evident. 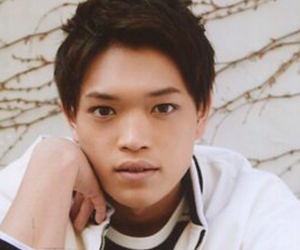 Yoshitaka Hara has a strong torso and sharp dance moves.

Yoshitaka Hara has a slightly evil and cool look and dance, but his personality has a side of him that loves children and has an elementary school teaching license, as well as the lucky side of him that wears tank tops all year round. 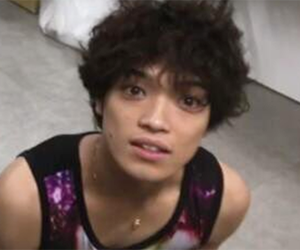 Yoshitaka Hara is also active on stage as an actor.
He also appeared in Gekidan Shinkansen's performance of "Metal Macbeth.
He made his presence felt amongst a star-studded cast of actors and showed the world what he's made of! 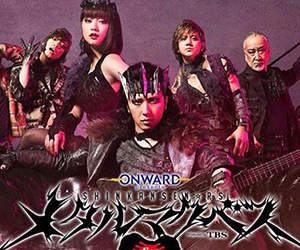 Yoshitaka Hara, we can expect you to be active on many fronts!

Here is a summary of the member colors of Space Six.

As you may have noticed, ...
No red, no blue!
Member colors in idol groups are often thought of as red for the ace and blue for the semi-ace, but Space Six does not have these two colors.

In the initial six-member period when the group was formed, Shota Hayashi was in charge of red and Ren Meguro was in charge of blue, the two members' colors, but after the two left the group, the colors were split into these two colors. 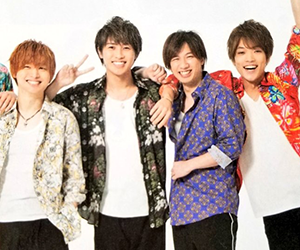 Quote.Crying, laughing, and dreaming of tomorrow

Compiled based on data from the Jr. Directory 2019.
The average height of Space Six members is 169.4 cm.

Space Six members are listed in order of age.
The age is updated as of now.

The above is an article about Uchu Six, a unit within Johnny's Jr.

*Universe Six was dissolved on 10/3/2020.
The last three remaining members (Tsuyoshi Eda, Yukihiro Matsumoto, and Yoshitaka Hara) will be working as solo artists.
I am sad that we will no longer be able to see them as Space Six, but I would like to support them in their respective paths.