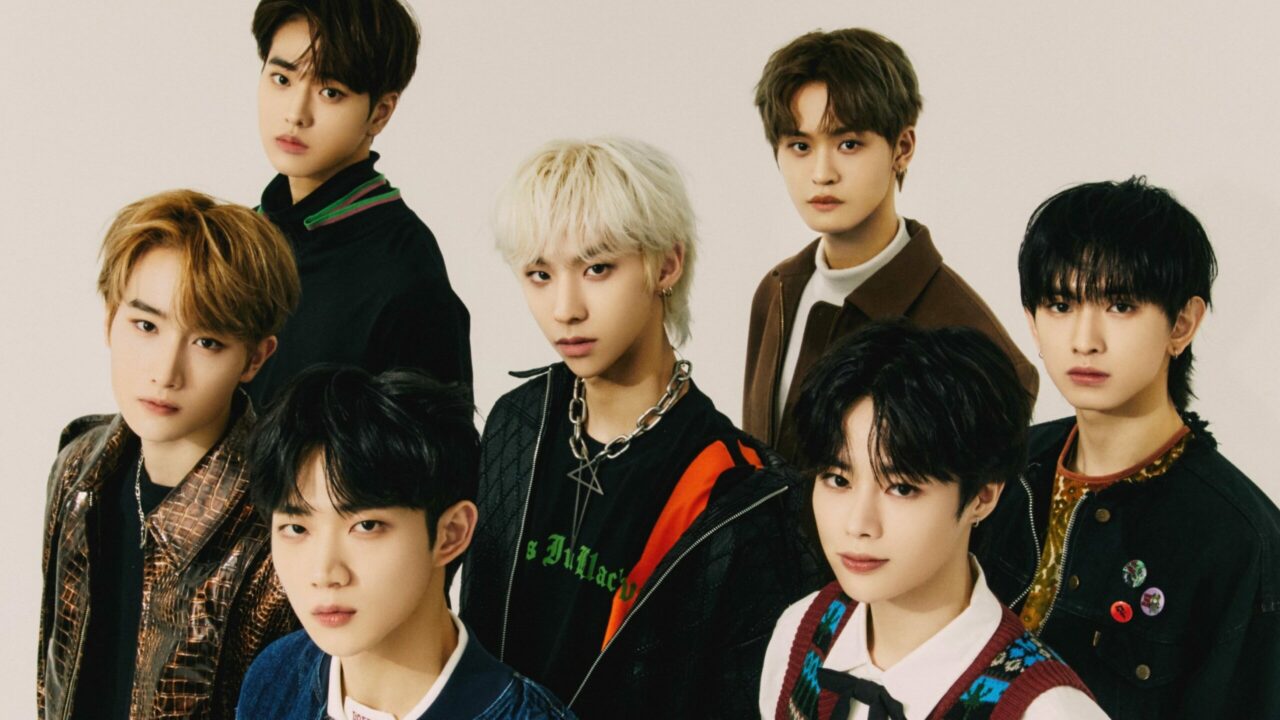 TEMPEST has become the talk of the town with members from audition shows making their debut.

Now, let's take a look at the member profiles of TEMPEST in detail, including their order of popularity!

What kind of group is TEMPEST?

With members who have experience as trainees at major firms, not to mention their rap and dance abilities and the fact that some of them graduated from the fashion modeling department, this group has the potential for success in many areas in the future!

It also has several members who have appeared on well-known audition shows, many of whom were well-known even before their debut!

Coming from a fan who has been supporting TEMPEST since I-LAND and Produce101, I'm pretty happy about TEMPEST's debut!

What is the origin of the group name TEMPEST?

The name "TEMPEST" means "tempest" in English, and the group is meant to take the music industry by storm with their bright energy and powerful performances.

What is TEMPEST's office?

YUE HUA Entertainment has been buzzing with the announcement of the first idol group from EVERGLOW in almost 3 years!

In addition to EVERGLOW, the agency also includes Choi Yeena, a former member of IZ*ONE, and Space Girls.

Here is an in-depth look at the members of TEMPEST, much of which has yet to be revealed!

Hanbin's charming facial expression is his charm point, and "Hanbin's smile is too cute! and was a big hit with fans, with Hanbin's smiling face making the atmosphere in the program more relaxed at times.

Even Hanbin himself claims that making facial expressions is a special skill!

She also has many hobbies, and besides dancing, she enjoys cooking and taking pictures!

Can't wait to see your private pics updated on SNS in the future!

Hyunseop is one who had idol experience before debuting as TEMPEST.

She also appeared on PRODUCE 101 SEASON 2, where she made it to the finals and placed 16th!

He has been studying Japanese since before his debut and is one of the TEMPEST members who is fluent in Japanese.

He seems to speak and write Japanese, if only a little, and can speak Japanese at online signings!

He's also a funny character because of the way he makes mistakes in Japanese and the everyday gags he tells!

She says herself that she is a mood maker and a character who can make those around her smile, but she also has a shy side, and I feel that she has yet to show her character.

I look forward to seeing you in more variety stuff in the future!

You may feel that the selfie (selfie) looks more similar than the official profile picture?

Speaking of Eun Chan, it should be noted that she has an excellent style, standing at 187 cm tall with an 8 head!

These members graduated from the fashion modeling course and have a professional modeling look.

Also, the backward bicycle pedaling is too funny and has become a hot topic on SNS!

This one is also listed as one of the specialties in the profile.

He is also a natural character and has many natural episodes, such as when he tried to make a heart with his hand at an online autograph session and his hand got stuck, or when he misplaced the microphone on his earphone!

So that is another charm point of Eunchang that makes fans crazy about her.

Lou is one of the members who had experience as an idol even before his debut as TEMPEST.

In addition, before becoming an idol, she had performed in PRODUCE 101 SEASON 2 (final ranking: 23rd).

What differentiates them from the other members is that when they were complete amateurs, they appeared on the variety show "Annyeonhasaeyo" and were scouted by an entertainment agency for their good looks, which led to their entry into show business.

Certainly, with visuals like this, entertainment agencies would not leave them alone.

Lou, who worked in his parents' stationery shop, revealed in the program that he was having trouble with school activities and studying as much as he wanted.

I hope you will enjoy your idol work without being too self-conscious about it.

Hwarang has experience as a trainee at DSP Media before making his TEMPEST debut.

His activity name at that time was Jae Won, and he was a member of DSP N, a public practice group.

Currently, seven of the DSP N's are making their debut in a group called MIRAE.

Still innocent at UNDER19, DSP N, but a much more sophisticated visual when unveiled with the TEMPEST members!

Writing lyrics is his specialty, and he also participated in writing the lyrics for his debut album.

Tele, the manne (youngest) of TEMPEST!

He is a mannequin who sleeps well, writes well, and is quite solid in life.

Fans also say that the group is calmer than other groups of mannequins.

However, at the V Live and autograph sessions, he also appeared to be excited like the youngest child.

She is the youngest member who is adored by both TEMPEST members and fans.

TEMPEST members in action before their debut!

Some members of TEMPEST have had fans since before they debuted as TEMPEST.

Here's what these members did before they became TEMPEST!

Who are the members from "Produce101"?

Produce101 is an audition program that aired on Mnet in 2016, with girl group I.O.I debuting in the first stage.

The second (SEASON 2) featured the debut of boy group Wanna One.

The program was popular not only in Korea but also in Japan.Hyunseop and Lou.It is!

Although he regrettably did not make his debut in the program, Hyunseop's hard work has been highly regarded since that time, and Lou was also a talented rap artist.

However, there were few occasions when Roux's raps stood out in the program, which is said to be the reason why he dropped out.

After appearing in Produce101 SEASON2, both Hyunseob and Roo joined their current agency, YUE HUA Entertainment.Hyeongseop x EuiwoongFormation of the

As a group, they will participate as torchbearers for the 2018 PyeongChang Olympics, hold fan meetings, release an album, and more.Extensive experience as an idol groupI can say that they are two of a kind!

I know I can count on you guys to continue to be a dependable member of our team!

Which members appeared in "I-LAND?"

I-LAND is an audition program that aired simultaneously in Japan and Korea on Mnet in 2020.

It was a very large project jointly conducted by Big Hit Entertainment and CJ ENM, and the participants were not only Koreans, but also many trainees of other nationalities, including Japanese.

Participating in I-LAND was Han Binh from Vietnam.It is!

Although they did not make their debut, they remained in the final round of judging.

The members who debuted in the program are now working as ENHYPEN.

In fact, Hanbin had an enthusiastic fan base even before his appearance at I-LAND.

Han Binh was a member of C.A.C., a KPOP cover dance crew in Hanoi, Vietnam.

He led the group as a founding member of a talented dance unit that placed 3rd in the world in the Kill This Love Dance Cover Contest with Kia (2019).

Hanbin is often seen smiling and cute, but when you see him in a leadership role or dancing, he is truly the prince of the gap!

More on the TEMPEST members!

TEMPEST members' hobbies, special skills, and attractive sides that you can't see from their visuals alone!

Once you get to know it, you'll be hooked on the TEMPEST swamp!

The unique hobbies and specialties of our members!

hyungseop (Korean hourglass drum)
HobbiesImagine going on a trip.
Special Skills] I don't excel at anything in particular, but if I do anything, I can do it to a certain extent.

woman who has lost a woman's affection or interest (as does a man who is unable to admit being attractive)
Hobbies] Fashion, watching movies
Specialties.Riding a bicycle backwards

television
[Hobby] Walking in Monsili.Staring blankly out the window for about 3 hours
Special ability] Kendo

As you can see, everyone is a strong character. LOL.

I have the impression that many of them are particularly unusual in their special skills... I am not certain if this is a gag or a fact, but I am looking forward to seeing this strength of character in variety shows in the future. LOL!

TEMPEST members in order of height

The tallest member of TEMPEST is Eunchang.

TEMPEST members in order of age

The oldest is Hanbin.

Although she is the oldest, she is as cute as the youngest.

Now let me introduce you to some of the TEMPEST members' chemi (good friends) and what we call them!

We are sure that our popularity in Kemi will increase with media exposure such as Vlive and fan meetings in the future.

It will surely help if you remember your chemi names so that your fans can quickly share and gather information on social networking sites!

The song "Bad News" from his debut album is a hot topic!

Bad News, whose cobby dance was a hot topic on Tiktok, I'm sure you've heard of them at least once.

That rhythmic melody stuck in my ears and I'll never forget it!

Great visuals of the members and the image of their debut song!

On youtube, a video of the TEMPEST members and each member's keyword was shown for 4 days from January 19~22, 2022.

The DEBUT TORAILER (debut trailer) had a cool, cool video, but the Bad News music video, released on March 2 of the same year, was both pop and cool!

It's a great music video for fans to see both the charming and cool expressions on the faces of the TEMPEST members!

The members, known even before their debut, have even more solid visuals in their music videos!

Looking at social networking sites, many people said "Bad News visuals are too strong," and many fans were swamped by TEMPEST with their debut song.

What is ski dancing, which has become a hot topic on Tiktok?

Most of the parts danced in the Bad News copy dance often seen on Tiktok are the chorus parts.

The choreography of the chorus part of Bad News is a bit different, with movements that look like skiing.

That part is especially cute because the TEMPEST members look like they're having so much fun dancing!

I'm sure some of our fans from the famous audition shows have been anxiously awaiting the debut of each member of TEMPEST!

Not just in the music business! A multi-faceted and talented TEMPEST, we look forward to more of his modeling and acting work!