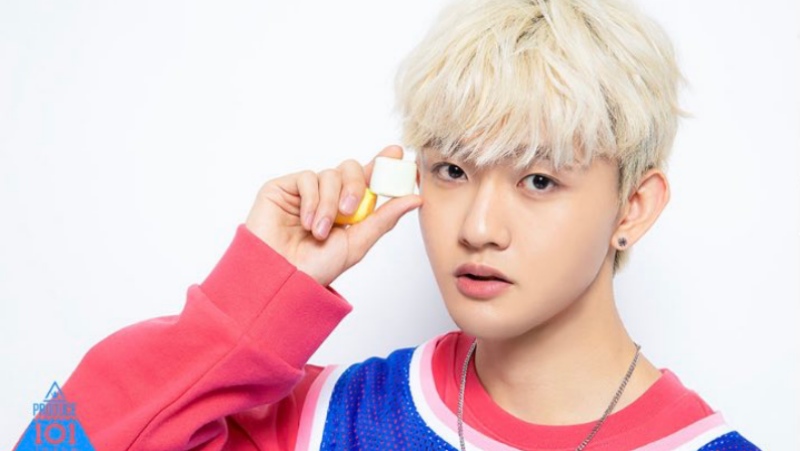 Shogo Tajima, a popular member of the idol group INI!

These members have been overwhelmingly popular and attracting attention since the audition stage.
Shogo Tajima's career as an idol, and his early years as an underachiever, have become a topic of discussion.
He is a former Johnny's Jr. and is on the verge of his debut with a Korean agency.

In this issue, we will take a closer look at the path taken by Shogo Tajima, a man we cannot look back on without tears!

Compared to other survival programs, many of the trainees have no experience at all in dancing or singing.
Among them, Shogo Tajima, who has been highly skilled and has an overwhelming presence since the beginning of the program, has continued to compete for the first and second places in the trainee popularity ranking!

While many of their rivals were still in the early stages of their careers in terms of dancing and singing, they had already demonstrated their ability as idols to perfection.

Thanks to their solid abilities and eye-catching visuals, they have a lot of fans!

First placement test at Nippu 2, and I'm in the top A class!
The higher the class, the more likely you are to be center stage, giving you the chance to win even more fans.

Even before his debut, he was ranked high in the popularity rankings and had a great deal of talent.Shogo Tajima is sure to make his debut.It was said.

And now, he will make his debut as an INI!

Although Shogo Tajima seems to have had smooth sailing, he is actually a hard worker who overcame many hardships before making his INI debut.
Here is the long, long history of Shogo Tajima!

Cute...Shogo Tajima, who was Johnny's Jr.

Shogo Tajima had traveled to Korea just prior to his participation in Nippu 2, but before that he was active as a Johnny's Jr.

Looking at the pics from his Johnny's Jr. days, he's so young! And so cute!
It seems that the well-rounded visuals have always held up well.

How did Shogo Tajima join Johnny's?

Shogo Tajima joined the Japanese taiko community because of taiko.

He decided to join Johnny's after admiring a taiko performance at a KAT-TUN concert.
He's been learning taiko since kindergarten, and you can tell he really loves it!

After joining the school, he performed taiko performances on the Takizawa Kabuki and other senior stages as a Johnny's Jr.

Shogo Tajima did not appear to be in a unit during his junior year.
But he was also quite active as a Johnny's Jr., back dancer at concerts of his senior group and performing on stage!

He was one of the most popular members of Johnny's Jr. with a fan base from that time.

Speaking of Shogo Tajima from his Johnny's Jr. days... "Justice"!

Justice was a cute stuffed bear that I often held and took pictures with.

Shogo Tajima was a cute and fluffy character when he was a Johnny's Jr.

I can't imagine the taciturn and cool Shogo Tajima from the current Shogo Tajima in Nippu 2.
Maybe we'll start to see the cute side of him from his Junior days! I'm looking forward to it.

Shogo Tajima's date of entry into Johnny's and his synchronization

For my peers who entered on the same day.7 MEN SamuraiNakamura Minea of the

HiHi JetsMizuki Inoue of the "The World's Most Beautiful People" is here!

Only two of them have the exact same entrance date, but they are the only two janitors who entered in the same year.

Shogo Tajima is said to have left on January 6, 2016.
Shogo Tajima's name was missing from the "Jr. Meikan" and it was discovered that he had left the group.

Although there is no clear reason why he left the office, he asked, "Wasn't he pulled out by another firm?"This is the most popular rumor.

This is because Shogo Tajima made his debut with a different agency than Johnny's!

Shogo Tajima, who left Japaneses afterCD debut with the group G=AGE.I was doing!

I didn't realize it had already debuted...
No wonder she's so skilled compared to the other practitioners!

Shogo Tajima was the leader in "G=AGE" and worked under the name "TASY".

One of the members of G=AGE was Hikaru Vasayega, who, like Shogo Tajima, was also a member of Nippu 2!

Vasayega Hikaru also spent his youth with Shogo Tajima in Johnny's Jr.
It's the most emo of emos that those two are still working together in Nippu 2 after all these years!

Vasayega did not make his debut at Nippu, and the two have gone their separate ways, but we hope to see them together again at some point.

Back to "G=AGE"!
Once Shogo Tajima made his long-sought idol debut, he left "G=AGE" at the end of 2016 for academic reasons.

Then, at about the same time as Shogo Tajima, the other members also announced their departure from the group. G=AGE" was effectively disbanded on December 30, 2016, when all members left the group.

The debut date of "G=AGE" was June 21, 2016, so it was only active for about six months.
And yet, when they did hold events, they were so popular that the place would be jam-packed!

The reason for the premature breakup was the arrest of the president of his office for misconduct.
It's too sad to see them break up over something like that after having gone through the trouble of making their debut...

Hiroki Kumagai, 32, a self-proclaimed "prince of society" with a history of variety show appearances, was arrested by the Metropolitan Police Department's Juvenile Development Division on March 21. The news reports following his arrest revealed that he had been pulling out Johnny's Jr. one after another from the Johnny's Office, creating a big problem.

After the president's misconduct, there were also reports that one of the Johnny's Jr. This led to speculation.

But it's not Shogo Tajima-kun who rots there!
She then moved to Korea and began her journey to become an idol again as a trainee!

After leaving "G=AGE," Shogo Tajima went to Korea.
In Korea, he will spend about two years as a trainee in "CUBE ENTERTAINMENT".

CUBE is an agency that has a lineup of talented singers and composers such as "BTOB," "PENTAGON," and "(G)I-DLE" who are highly regarded for their high singing and composing abilities!

Shogo Tajima can also compose music, which he may have developed during his time as a trainee at CUBE.

CUBE is a firm that is also associated with the "PRODUCE 101" series.

Shogo Tajima worked hard as a trainee at CUBE for a long period of time, but quit CUBE in 2020.

The reason for this is that the debut of the company was blanked out due to a change in the president.

It is said that "timing is important when making a debut," but I imagine it must have come as quite a shock, especially since it happened in Japan...

Shogo then returned to Japan and joined Nippu2 through an audition that happened to be being held.

Shogo Tajima has overcome many hardships up to now.
So, this was truly the debut of a long-held dream at Nippu 2. ！！！！