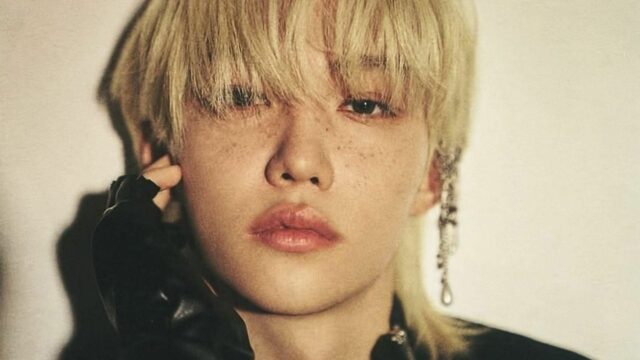 Stray Kids" is an independent idol group from JYP Entertainment, which also includes 2PM and TWICE.

Look out for member Felix, who has a neutral vibe and a neat face that will win over fans among the Stray Kids!

Here is a thorough explanation of Felix's nickname, siblings, personality, and more!

Nickname derived from the Korean reading of 필릭스 (piriks), which is the Korean pronunciation of the word "filix".

*"Piri-chan" is a nickname from STAY (fan name of Skiz) in Japan.

The origin of the name is unique to Korea.

The meaning of *hyun is "elder brother (male to male). This is a term used by members who are younger than Felix to call him.

The Korean name of Felix 이용복 is derived from 이용복.

Derived from the fact that the filix looks like a chick; Chick (J: chick) + Licks.

standard measurement for the distance between pillars in eastern Japan (approx. 182 cm)

Felix, his real name, was given to him by his father and means "good luck" in Latin.

For STAY, Felix also means a gift that brings happiness.

It comes from the fact that Felix is very pure.

The Korean name 이용복 (Lee Yong Bok) is an archaic name in today's Korea and is said to have been given by Felix's grandfather.

There is a gap between a beautiful half face and an old-fashioned name, and it's wonderful!

Felix has a very soft, neutral atmosphere, perhaps because he is flanked by women.

Your sister and sister would look like Felix, with the same fine eyebrows!

(Currently with 10x Entertainment. He works as a solo artist.)

Felix was born in Australia on September 15, 2000 and lived there for almost 18 years until he graduated from high school.

While in high school, he was scouted by a Korean entertainment agency and moved to Korea upon graduation from high school.

A few months after I moved to South Korea, IShe appeared on the survival reality show StaryKids.

Nevertheless, Felix'sMy family is of Korean-Australian descent.In the past, Felix's Korean language skills at that time were at a beginner level, as he spoke English with both of his parents.

Felix performed his best rap on the show, but was temporarily eliminated because he could not get a good evaluation from the judges due to his poor use of Korean.

However, he never neglected his efforts in music and language learning, not to mention the skills he originally possessed, and his efforts were recognized and he successfully became a member!

It's not just what you see on the outside, singing and dancing, Felix is super nice on the inside too!

Stray Kids Felix is half?

Quite simply, Felix is not half.

However, I was born and spent my high school years in Australia, and my nationality is also Australian.

As a result, his English is, of course, fluent, but his Korean was quite dodgy before his debut.

Before his debut, he was on the survival reality show Stray Kids, where he was eliminated and worked his way back up through hard work.Known to be a hard workerThe following is a list of the most common problems with the

In addition, Felix's usual appearance in the media and stories from Stray Kids members have shown that Felix isVery gentle and pureIt is famous for being

But that's not all!

In "One Kid's Room" Ep. 5, which is available on Youtube, you can hear Felix's story, which has not been exposed much until now, from the mouths of the Stray Kids members.

In fact, in front of the members, Felix is a sweetheart and likes to be skinny-dipping.

From STAY's point of view, it's a coming out that can only be in demand!

The gap is too cute!

A number of STAYs have been melted by these muscles, and when Felix shows his abs in the media or at a concert, social networking sites are abuzz.

Not only the fans, but also the Skiz members love these abs because they are so cool.

Felix is truly the genius of the Gap!

On February 9, 2022, Stray Kids Felix's company, JYP Entertainment, will release aStray. Kids Felix announces that he has been diagnosed with a "herniated lumbar disc".The following is a list of the most common problems with the

Although he is still active with limited dancing and other activities, no official announcement has been made as to Felix's current status.

We wish Felix a speedy recovery with adequate medical care.

Good looks
Returnees who are fluent in English
Hardworking
His nickname was "Pollution-Free Boy.
Pure and pampered
Low-pitched husky voice

He is a hard worker, a sweetheart, and other attractive gaps.

Maybe Felix will go more global in the future!