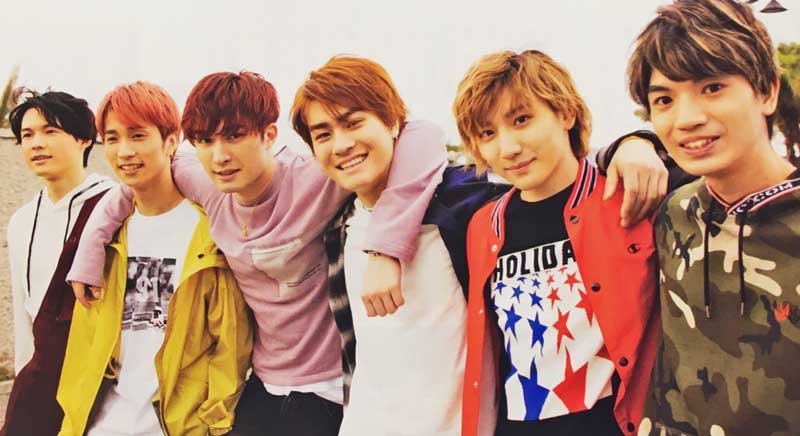 SixTONES (Stones) is a Japanese idol group that is constantly in the news.

When you love something, you naturally care what your fans call it!
In conclusion, it appears that SixTONES does not have a fan call.

In case you are wondering what a fan name is.
A fan name is the name of a fan of the group or artist.

Such as.
It is very original and entertaining.

Fan names may be official, named by members of the group, or informal, spontaneously created, depending on the group.

What do SixTONES fans call them? 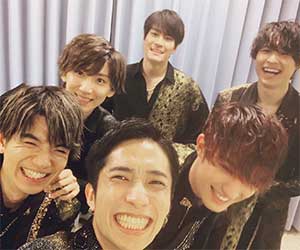 There are no fan names for SixTONES, as noted at the beginning of this article.
But how do I call them, right?

Where are you in charge, I'm in charge of SixTONES.
strike carrier

I'm a member of SixTONES too! I was so happy to be able to do this.
SixTONES

It's easy to understand for both SixTONES fans and stooges.

But if I had to decide.The last SixTONES is correct.It may be.
I was wondering if the members of SixTONES would be interested in doing so. The reason is that there was a suggestion to do so.

Why SixTONES doesn't have a fan name

In a live YouTube stream, member TANAKA Ki answered the question, "Tell me what to call my fans.

Therefore, the
SixTONES does not decide what to call its fans.
SixTONES is SixTONES, which includes everyone, although the number 6 is in there.

And they answer!
I can feel how much they value the sense of unity with their fans... tears

SixTONES has an image of being cool and sharp, in a good way, different and different from the rest of the Japanese.
I think a fanny fan name would be nice, but I agree with no fan name because it doesn't fit SixTONES itself or its fan base! Many people have said.

Onna of SixTONES
and they sometimes call their fans.

This is an unofficial term of endearment that has become popular among fans after Tanakaki-kun said it in jest.

It doesn't come across a bit, so I'll raise it again.
There is no specific name for SixTONES fans. (Or so they say.)
The word "onna" is just something that Ji-chan said as a joke and it spread! pic.twitter.com/EHtV3QLymv

Onna of SixTONES
Tanaka Tree Onna
Matsumura Hokuto's Onna
and so forth
〜They also put "~ onna" and identify themselves as fans.

As mentioned above, the "no onna call" seems to be slowly winding down, as SixTONES members themselves have been increasingly publicly stating on the radio and in videos that they do not decide what to call their fans.

What do you think about SixTONES fan name?

What do the SixTONES fans of the world think about the lack of fan calling?
I will quote from Twitter.

I was thinking at the last Sunosu and live streaming that SixTONES is really going to sell out with a bang! It's so frustrating "What do we call our fans?" I was really impressed when he said, "We don't decide on that kind of thing. He really understands his fan base.

Speaking of which, this is the last question on this live delivery of SUZURAJI. In response to the question "I want you to decide the name of the SixTONES fans," Mr. Tanaka said, "We don't decide what to call them, and we include everyone in SixTONES.

I think it's very comfortable that SixTONES doesn't have a fan name, and that the members don't try to decide. For example, if it's a gender name, it would be limited, and it would be too exclusive or closed... SixTONES is an "artist" with a new value system. I love it 💎 Imitation Rain

As for the fan name thing, I'm sorry for bothering you by making you say things you didn't want to say, or by making you say the same things over and over again. As a member of SixTONES, I understand that much without being told. I'll leave it to you." I have to be a strong and dependable fan.

I don't make fan names. I'm all for it. I didn't want to be called onna either, and I'm relieved that the members clearly said so.
I want SixTONES to go forward with an artist style that has a different vision of the world than other Japanese talents.#SixTONESYouTube

I can sense SixTONES' love for their fans in the reason they don't have fan names!
With more and more fans, SixTONES will become more and more powerful.