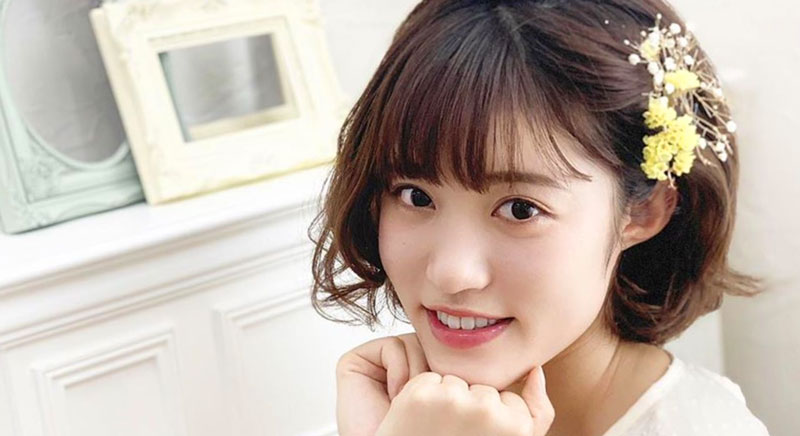 Aomori's local idol "Ringo Musume" Ohbayashi is the talk of the town.
His accent and natural remarks have become popular, and his popularity is now nationwide.

I've heard it said that Mr. Wang Lin's unique stage name and accent sound Chinese, but he's Japanese!
We've put together a profile of Mr. Wang Lin, including why he's considered Chinese and his real name! 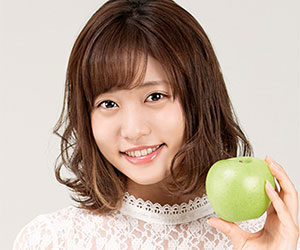 O-Rin-chan was born in Aomori Prefecture.

I'm from Aomori Prefecture, I belong to Ringo Musume, and my office is Ringo Music...
It is amazing to feel that you are standing with Aomori on your back.

As those with good instincts may have noticed here, the name "O-Rin" comes from the "O-Rin" apple variety.

Idol Wang Lin is Chinese? and topics of discussion 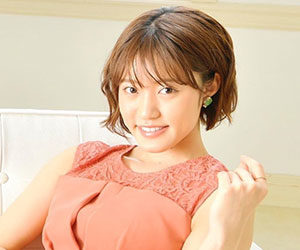 Wang Lin is from Aomori, Japan, but because her stage name sounds Chinese, I wonder if she is Chinese. Chinese nationality? It is sometimes thought that

I thought Wang Lin was Chinese.

The fact that the performer on the Blu-ray recorder's program list is not "Wang Lin (apple girl)" (^o^;) doesn't this make you think I'm Chinese?# apple girl # Wanglin pic.twitter.com/70wyRnMXPS

I saw O-Lin, the apple girl, on TV, and I said, "Is she Chinese?" My wife quickly replied, "Of course it's a stage name because it's a variety of apple. Thank you very much.

Wang Lin, the idol on TV, is Japanese!
Wanglin is a kind of apple? I didn't think of it as "Chinese" and thought it was just a northeastern accent, but I thought it was Chinese.

I thought Wang Lin-chan was Chinese. Is that an Aomori accent?

Even nicknames are Chinese! What is the origin of the idol Wang Lin and what is his real name? 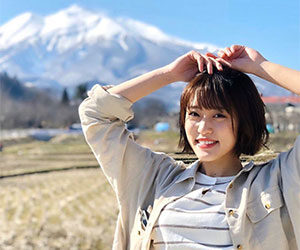 You have already found out that O-Rin-chan is from Aomori and that it is her stage name.
Wang Lin's stage name is somewhat confusing, and his nickname is also confusing and Chinese. 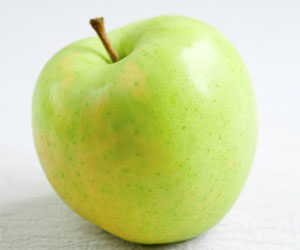 O-Rin-chan's stage name comes from a variety of apple.
That's a green apple in the image.

Ringo Musume is an idol group formed to promote Aomori, so each member is named after a representative Aomori apple variety, such as Jonagold, Toki, or Ayaka.

Ringo Musume has had members join and graduate, and Oorin-chan seems to be the 'second generation'.

The Chinese reading of "wang" is "wan," so it is called wan-chan.

If you don't know Wang Lin-chan well enough.
Wang LinI thought you were from China, right? 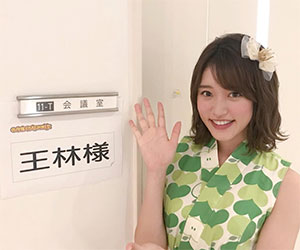 In the idol group "Alps Otome", which was active before belonging to Ringo Musume, she went by the name "Saito", which is also not her real name.

By the way, here is Mr. Olin from Saito's era. 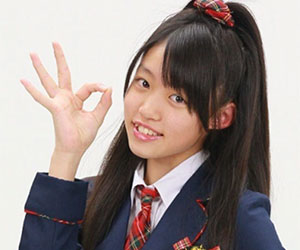 In "Alps Otome," the members are given the surnames of Aomori's many apple growers.
The system is that they are grown in Alps Otoko and then shipped to Ringo Musume.

Wang Lin's Tsugaru dialect is hilarious! Why are you called Chinese? 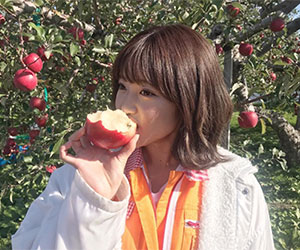 Is Wang Lin-chan Chinese? It is not only the stage name that makes people think that.
One of the reasons is that Wang Lin's speech and accent are very Chinese-like. 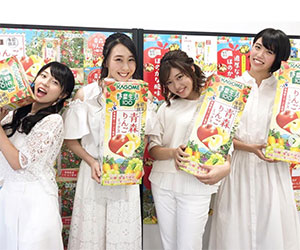 The mission of the local idol Ringo Musume is to promote Aomori.
Therefore, the apple girls basically speak Tsugaru dialect.

Wang Lin-chan speaks with an Aomori accent, not a Chinese accent. It is Tsugaru dialect.

For those who are not familiar with Tsugaru dialect, 'Are you a foreigner?' They may even think it is a good idea.

When Wang Lin-chan appeared on Sanma Goten.
I wonder if his accent is not Tsugaru-ben, but Chinese? I am proudly suspecting that this is not the case.

As you can see in the video, it seems that because the stage name "Wang Lin" sounds so Chinese, it now sounds like Chinese to me (sweat).

Girls who speak dialect are cute.
Especially the way he talks so hard.
There's a video of Oorin-chan trying her best to speak quickly in Tsugaru-ben, and I'd love you to watch it!

Ohbayashi is a Tsugaru dialect native from Aomori City. 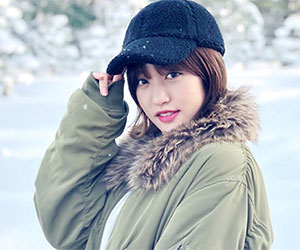 Mr. Ohbayashi seems to be from Aomori City in Aomori Prefecture.

The dialect of Aomori City is Tsugaru-ben, which means that Mr. Ohbayashi is a Tsugaru-ben native.
However, since they are still a younger generation, they seem to be much closer to the standard language.

I will put up a Tsugaru-ben evaluation of Oh Rin-chan on Twitter.

Mr. Ohbayashi of the group Ringo Musume? I was listening to them and thinking that they were a group from Aomori. And it's Hirosaki. That's right, it's Tsugaru dialect. It was close to standard Japanese.

The way Oh Rin-chan on Sanma Goten speaks is the intonation of a person who normally speaks Tsugaru-ben when he tries his best to speak standard Japanese. The late Shuji Terayama was like that, and Kenichi Matsuyama (though he speaks in Shimokita dialect) is like that too.# Sanma Goten # apple girl

The Aomori girls in the AKB group use Tsugaru dialect in a blatant and deliberate way, but the Ringo Musume girls have a natural accent. The younger kids at work, even those of their parents' generation, don't say "wow" in Tsugaru dialect.

If they appeared as a group as Ringo Musume, it would be easy to understand since all the members have unusual names and are apples, but if they appeared as Oorin-chan alone, it might be difficult to understand.
When I saw it for the first time, I wondered if it was an idol from China. I thought it was a good idea.