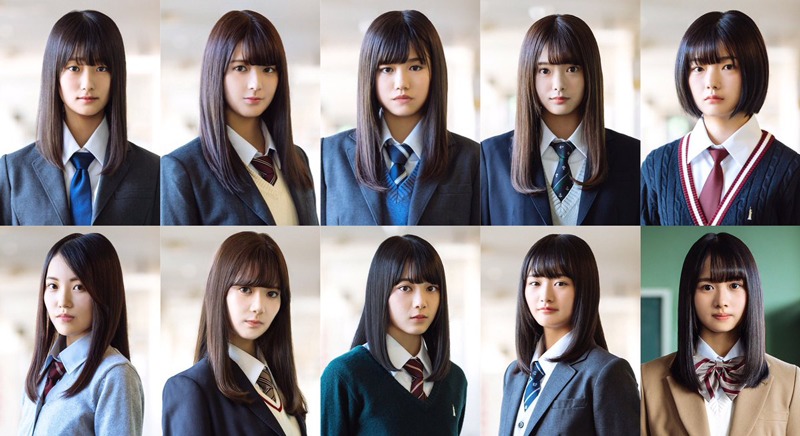 New members for the second term of Keyakizaka 46 have been announced.
So high is the level that many fans have already decided to guess! is attracting a lot of attention. 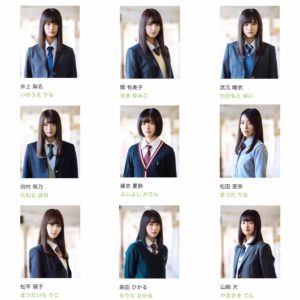 Let me introduce you one by one! 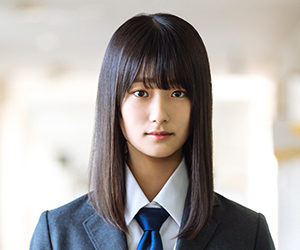 Rina Inoue did not show her face during the Sakamichi audition.

Number 76 is that guy who didn't show his face!
I knew it. People who don't show their faces become monsters.

The voice alone was a promising gem.

Namu-chan, the 76th Slope Audition, has passed!
Congratulations ㊗️
She had a very beautiful voice!
Looking forward to the song!!!! 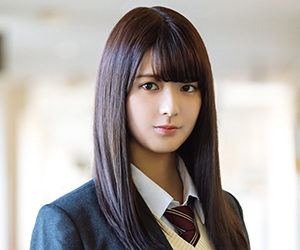 Date of birth: June 29, 1998
Age: 24 years old
Blood type: A
Constellation: Cancer
Height: 167cm
Birthplace: Fukuoka Prefecture
If I were to compare myself to an object: a cup (because there is a lot to take in)
Entry number: 40 (nickname Yonmaru-chan)

At 167cm tall, Yumiko Seki was a model before joining Keyakizaka 46.

I'm guessing she's semi-professional since she was in a modeling agency in Fukuoka, Japan? I think she has impeccable looks and could win a grand prix at a college beauty pageant 😳 I wonder why she's interested in idols instead of modeling 😍🧐 lol I had a feeling she was more Nogizaka-esque, but she's too good to be assigned to Keyaki 😭. # Seki, Yumiko pic.twitter.com/Wt32IpZ7xA 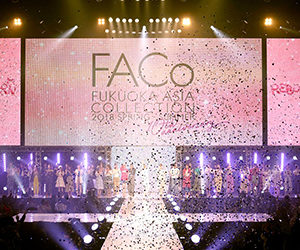 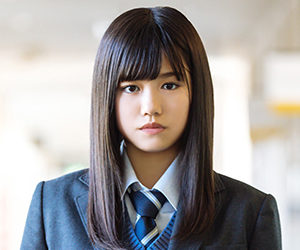 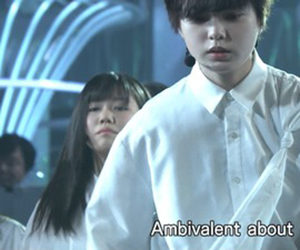 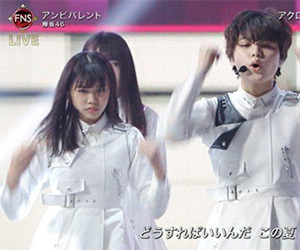 # Sakamichi Joint Audition No. #48# Zelkova 46 # Takemoto Yui
I shudder to think that the girl I was pushing for in the audition is suddenly going to appear on live TV. I had high hopes for her, though, because she seemed to have a good personality during the delivery, her dance delivery was sharp, and she had a soft body with plenty of bridge room. Congratulations! pic.twitter.com/tXa6pQZCF1 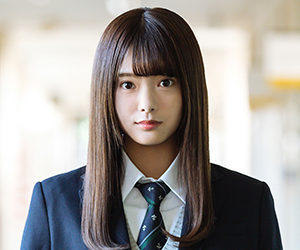 Date of birth: October 21, 1998
Age: 24 years old
Blood type: A
Constellation: Libra
Birthplace: Osaka
What I like about myself: I'm always smiling.
If you were to compare yourself to an object, it would be: a curtain (always swaying squishily)

Tamura Yasuno is a second-term member of Keyakizaka 46, for which there is still little information available, as she did not seem to be distributing her SHOWROOM.

Although information is scarce, her smile is cute, she's an angel! and many people are already wishing for their success.

Yes, Tamura Yasuno Gyankawa, I want to make it my guess. pic.twitter.com/m0jPszBj0q

This is 😍😳
An angel, an angel! You're too cute!# Zelkova 46 second term# Tamura Yasuno pic.twitter.com/UP2Hu2DGTp 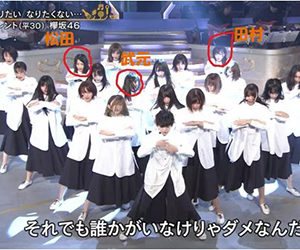 At yesterday's UtaCon, three students from the second term of the Keyaki-zaka group, Takemoto, Matsuda, and Tamura, participated in the performance of Ambivalent.
Thanks for all your hard work!
Captain Sugai and Mr. OZEKI each have a couple of shots on their blogs! 😄
Yuka Sugai's blog↓.https://t.co/GC4UfIh47n pic.twitter.com/ewfFn77HWV 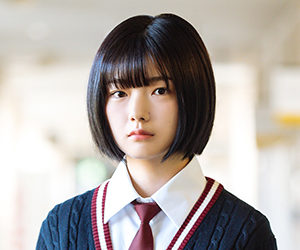 The audience was surprised to see Natsuzu Fujiyoshi, who had changed her hairstyle since her audition for Sakamichi, and had a completely different atmosphere. 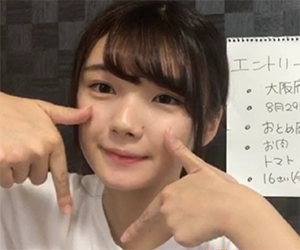 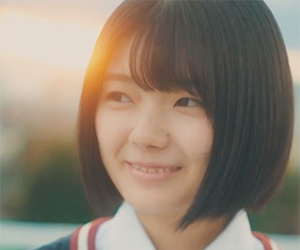 Isn't the 2nd term student's promotional material photo kind of terrible? And the hair and make-up looks like that...# Fujiyoshi Natsuzu pic.twitter.com/IbkKSzOLNd

Natsuuzu Fujiyoshi aka Roro-chan, a second term student of Keyakizaka 46, has a ditzy side as she repeatedly said her real name during the showroom screening, and the gap between her photo and her publicity photo is attracting more attention!https://t.co/RIdAQCFZlS# Zelkova 46 # Fujiyoshi Natsuzu pic.twitter.com/FqzMiMpnOU 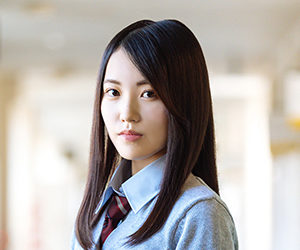 Rina Matsuda has an unexpected background as a former bank employee.
Are you good at counting bills? 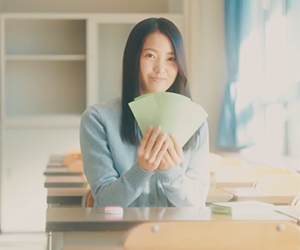 Some said they feel a kinship with Rina Matsuda because of her experience working in the general corporate world.

Rina Matsuda? I'm so impressed that Rina Matsuda is a former bank employee.
We're the same age and I feel a kinship on my own......✋

Rina Matsuda was one of the second-term members who danced with the first-term Keyakizaka 46 members at Uta-Kon. 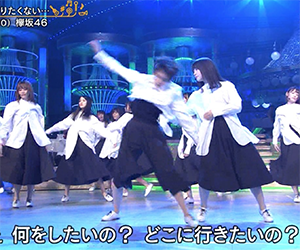 And this is Rina Matsuda?
Is it right?# Zelkova 46 # Ambivalent # Utakon pic.twitter.com/Tv6EipJqRT 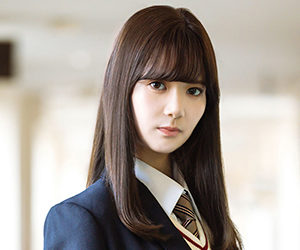 Date of birth: Date of birth: May 5, 1998
Age: 24 years old
Blood type: O
Constellation: Taurus
Height: 166cm
Birthplace: Tokyo, Japan
Favorite food: Dumplings
Good at: basketball, talking to stuffed animals
If you were to compare yourself to an animal: A rabbit (because it cries and shivers a lot)
Entry number: 58 (nickname Goya-chan)

Riko Matsudaira has a neat and innocent, ladylike look.
At 166 cm, she's got great style, so she'd make a great model! 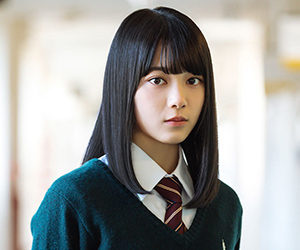 Hikaru Morita is characterized by her petite figure, just barely less than 150 cm tall.
When you line up the second-term members of the Keyakizaka 46, their small size stands out!

Hikaru Morita has been attracting attention since her audition not only for her looks but also for the cuteness of her words and actions.

I really like the sense of doing the first woofers in the squash time, and the way he smiles at the end is so cute!# Hikaru Morita #hikaroom pic.twitter.com/6tBb2faDEY

When I saw the promotional photo after the announcement, I thought that this would be the girl I would choose for the 2nd term, but when I looked up her picture again and watched her videos on YouTube, I realized that she really is a cute one...
Personally, I hope Hiragana will play a big role in Keyakake and other events in the future, since Hiragana has been taking over my motivation lately!
Hikaru Morita! pic.twitter.com/MVXvpP6dYp 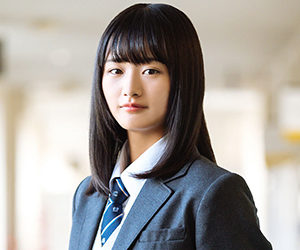 His nickname during video delivery is Komugi-chan!
Unusually for an idol, Ten Yamazaki, with her dark skin, is a member of the women's softball club. 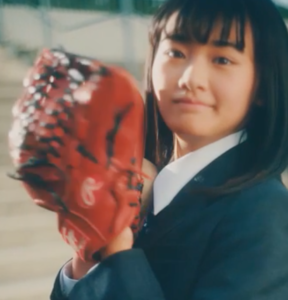 once again
Hello everyone😊# Kanji 2nd term# Yamazaki Ten father
Number 71 in the joint audition for the slope# Wheaties. (before a negative form) even (e.g. "not even a single person")
Bouncing smiles and happy chats
A cheerful personality with an innocent spirit.
pure and innocent heart
You showed a lot of charm.
I'm going straight for my dream, Ten-chan.
Let's support them together from now on😊. pic.twitter.com/Hen97Nizfx 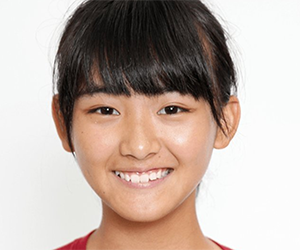 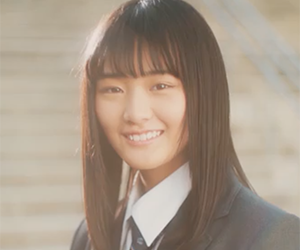 Hiragana Keyaki has one new member! 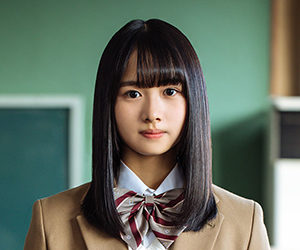 Is it just me or does Hinano Uemura look like Neru? pic.twitter.com/7XHlJlUFwf

Neru Nagahama (now Kanji Zelkova 46) was the only Hiragana Keyaki. Hinano Uemura, the only Hiragana-Keyaki 3rd term student. Both of them have hiragana names. From what I can see in their photos, their faces are similar. Are they going for it? Management seems to be pushing for hiragana next year.# Keyakizaka46# Nagahama Neru pic.twitter.com/nm5OVjthSJ 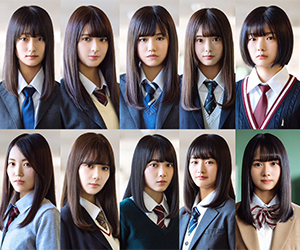 Who is the most popular among the new members of Keyakizaka 46 (Kanji Keyaki) and Keyakizaka 46 (Hiragana Keyaki) who are already attracting attention~?

I'm not sure if it's popularity or current buzz order.
First on the ranking was Yui Takemoto of Keyakizaka!

Yui Takemoto has attracted attention for her cuteness since her video streaming at the time of her audition, and furthermore, her live appearances at Uta-Kon and FNS Song Festival have become the talk of the town.

All the new members who joined this time have a high level of visuals! and are a hot topic of conversation. It seems that the number of fans will increase regardless of gender.
I'll be rooting for the success of Keyakizaka46 and Keyakizaka46 with their new members!