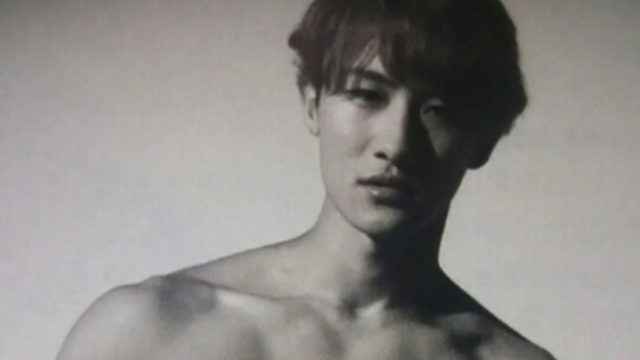 Teru Iwamoto, a member of Snow Man, has been selected as the cover boy for issue 829 of Tarzan, a fitness magazine on sale March 10.

Teru is currently writing a column in the same magazine titled "Muscle Minstrel Teru Iwamoto's Treacherous Muscle Training Method," in which he introduces his own muscle training techniques.

Teru, a former track and field athlete, has been eagerly awaiting the 50-meter run for a year, and the magazine reveals his 50-meter run time as well as his thoughts on the importance of core training.

This will be Teru Iwamoto's third appearance in SASUKE, so expectations are high for his results, but most of all for his physical beauty!

In this issue, we will look back on the past SASUKE appearances of Teru Iwamoto, the most muscle maniac of Johnny's Jr. and get to know more about Teru Iwamoto with his beautiful muscle pictures! This is an article about the following.

What kind of person is Teru Iwamoto?

Teru Iwamoto is said to be the fifth tallest of the Japanese!

Snow Man is a unit within Johnny's Jr. that has not yet debuted, but is attracting attention as a unit on the verge of making its debut.

I'm a muscle maniac and it's bad. tarzanAnd serialized in

Teru Iwamoto is very macho with a body fat percentage of 3-4%.
He is the biggest muscle maniac in Japan.

In the June 14, 2018 issue of Tarzan, a well-known physical magazine, Teru Iwamoto is the first Johnny's Jr. cover and has a series of articles titled "Muscle Minstrel Teru Iwamoto: The Treacherous Muscle Training Method"!

The contents of the magazine are interesting...once a month, in two color pages, Iwamoto introduces his Iwamoto-style muscle training menu under the theme of "How to betray your own muscles," or something like that. Maniac!

Teru Iwamoto's fans call him "Hi-kun," but we've been informed that he has a nickname, "Muscle!"

It all started when SixTones' Hokuto Matsumura called Teru Iwamoto "Mr. Muscle"!
Fans don't seem to call him Mr. Muscle except for Hokuto-kun, of course. w

Hokuto-kun's first misstatement was cute and
Muscle, you simply made me laugh 😂💗.#SixTONES #SnowMan pic.twitter.com/p4Dr8tihBN

Muscle image of Teru Iwamoto, who is too handsome.

We have collected beautiful images of Teru Iwamoto, who is inadvertently called "Mr. Muscle" by his juniors!

I was watching Muscle Men on TV yesterday. What kind of muscles do you like? I like Teru Iwamoto's muscles ♡ I don't like macho people, but Hikaru-kun is something else. pic.twitter.com/0nH0jKdpTt

[Big brother, Gotcha! Making of]
Between the sky and the muscles... you have me.
Someday you'll thank your muscles for it.
by Teru Iwamoto
That's my senior... deep... too deep.
Please be gentle and ask for Yuta. pic.twitter.com/keerEH822O

SASUKETeru Iwamoto, who appeared in

Teru Iwamoto has been training stoically with the goal of competing in SASUKE for some time.

Results of SASUKE appearances to date

Teru Iwamoto has tried out for SASUKE three times!

Teru Iwamoto's wish came true when he decided to participate in SASUKE for the first time in the spring of 2017, the 20th anniversary of the event!
The result at that time was, unfortunately, eliminated from the 1st stage...

Teru Iwamoto-kun then performed in Fall 2017 and Spring 2018, but was eliminated in the 1st stage in both cases.
This shows the high degree of difficulty of SASUKE.

Fall 2017, when he vowed to take revenge.
Teru Iwamoto was eliminated, but his bond of encouragement with his senior janitor, Tsukada, was inspiring.

SASUKE 2018 Spring, which I hoped to do with a haircut.
It was another disappointing result, but I am sure that what we gained was significant.

SASUKE2018What are the results of the

Teru Iwamoto has decided to appear for the fourth time on SASUKE 2018, airing on New Year's Eve 12/31!
I will participate in SASUKE in the winter of 2018 with Tsukada-kun, and clear the 1st stage of my long-cherished dream! is my goal.

In addition to his usual muscle training, Teru Iwamoto trained the muscles used in SASUKE and practiced "SASUKE preparation" by batting in a circle in the park and then jumping stepping stones.

However, the results...
First stage not cleared!

It was a very, very close result, with a clear but timed out...

It was just beyond this wall!

Look, Teru Iwamoto is coming right up to the button!
Time is running out just in time...

Let's look again at the video.

One more second earlier and the result would have been very close.
Teru Iwamoto himself must have been the most disappointed, but it was still too close to call.

This is a summary of Japanese idol Teru Iwamoto of Snow Man.
Teru Iwamoto is a muscle character, which makes him stand out from the rest of the Japanese. We are looking forward to seeing what kind of expressions he will show us in the future.

Sorry about the 2018 New Year's Eve SASUKE Challenge, but it was our best showing yet!
I am sure Teru Iwamoto will be able to clear it next chance he gets.