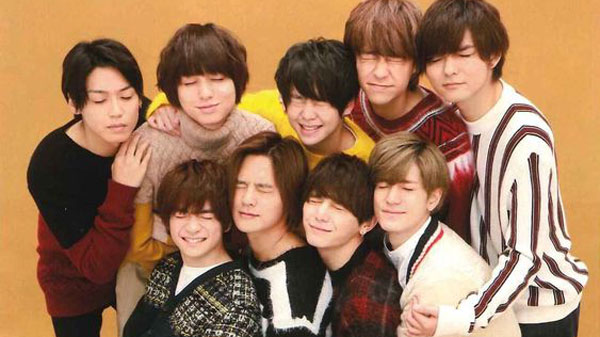 More than 10 years after its formation, the popularity of the group has not waned; in fact, it is said that the group's demographic is expanding every year.

Their activities as a group as well as their individual activities are also attracting attention.
In this article, we have researched and summarized the popularity order of the members of Hey!

We have taken the liberty of doing our own research on the popularity order of Hey!
(Thank you very much for your cooperation!)

Inoo came in a close second.
Ino-kun is another member who is active in a variety of fields and has a large fan base due to his media exposure.

Each member of Hey! Say! Jump has a wide range of activities.
Considering the long history of activity and the factors that cannot be measured by numbers, such as the intensity of the fan base and the solidarity of the bonds, it is possible to make many assumptions.
The jump swamp runs deep.

He's got a great face, can act, and of course he can sing, he's funny, he's smart!

Is there such a perfect person in the human world? Yamada Ryosuke, who I can only think of as a work of art created by God, is still No. 1 in the popularity order!

The presence is already overwhelming. It's the undisputed #1!
Keep lighting up Japan with your preciousness for years to come!

Ino-chan's cuteness has finally made it this far to the world!
Toshi Inoo came in a close second to Ryosuke Yamada in first place.

The secret to their popularity is not only their angelic cuteness, but also their mockingly clever ways of getting around, and their hard work and dedication.

He is also known for his singing, and once you hear him sing, you'll be hooked!

Chinen Yuri is an athletic and sharp dancer.
I'd also guess cool, but with a pretty smile and a hard work ethic!

Yuya Takagi is a pure boy who is the purest of the pure.
Girls love this gap. ！！！！

It's hard to be so hot and sexy in performance but so badass or cute in variety...

Yusho Nakajima is a very active actor and model.

Such a stunning visual, and a god damned fanfare machine!
I'd love to come see you!

Kota Yabu makes a squishy face when he smiles.
I want to protect that smile...

He is the organizer of Hey! Say! Jump, and he is a very knowledgeable and solid person!

Hey! Say! Jump's variety manager!
Hikaru Yaotome is a bit of a silly character and actively makes us laugh.

Yaotome-kun is one of those miraculous grown men who have grown up to be just as cute as they were when they were little!

A summary of the popularity of the Hey! Say! Jump members, ordered by popularity.

Related Articles  They look just like each other! Is it true that Meguro Ren's brother looks like him?
Hey! Say! Jump Johnny's (Japanese pop culture group) by priority of popularity
Category
Search