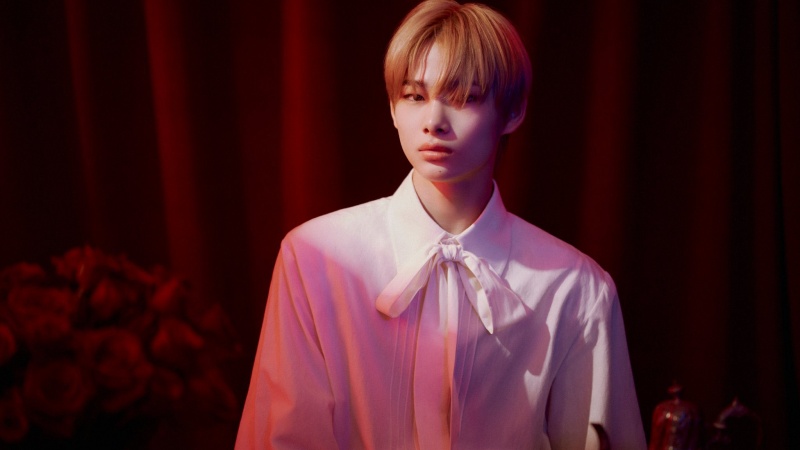 The K-pop boy group ENHYPEN debuted in 2020.
As one of the most promising new groups today, they are getting attention from all over the world!

Niki is the only Japanese member of ENHYPEN.
His dance career has been so amazing.

In this issue, we will introduce you to Niki's profile, background, and surprisingly mischievous personality despite his cool visuals!

Who is Niki, an ENHYPEN member?

Niki is a hot topic among ENHYPEN's exploding popularity.

Niki is the only Japanese member of ENHYPEN.
This is why they are especially popular in Japan.

That is not the only reason for Niki's popularity.
The dance skills are so outstanding that even the untrained eye can see them.

Are you really a teenager!
Niki has dance skills that you would think.
What kind of person is he!

ENHYPEN is a multinational group with a focus on Korea.
The members are fluent in English, Korean, and Japanese, and are expected to be active around the world.

ENHYPEN is currently active mainly in Korea.
Despite this, he is still appearing on the Japanese radio program "All Night Nippon"!

ENHYPEN is the first time that an international artist has been a regular on "All Night Nippon"!

Niki is the youngest at ENHYPEN, but he was chosen to be the MC!
On "All Night Nippon," he supports members who are unfamiliar with the Japanese language.

Niki is the main dancer of ENHYPEN

ENHYPEN has not yet officially announced the positions of its members.
But Niki is the undisputed main dancer!

Niki, you are often the center in dance breaks.
The youngest of the ENHYPEN, but with a commanding presence!

Besides ENHYPEN's dance performance, Niki's dance is also a hot topic.
That is Niki's solo dance video on YouTube.

BTS is an idol group that is also ENHYPEN's senior and popular all over the world.

You wouldn't believe her dance skills for a rookie idol!
It already has the aura of a big shot!

Niki is not only a skilled dancer, but also has a style that makes him look good dancing.
You really are a dancing genius, Niki, with your natural talent as well!

The style is long-limbed and beautiful in every way.

Niki's dance skills have made his presence felt even before his ENHYPEN debut.

In fact, Niki was famous even before he participated in the audition "I-LAND".
He was featured in the Japanese media as a "dancing prodigy!"

Niki is such a Michael Jackson lover.
She has been a member of her parents' dance studio since she was a child.

He then worked as a dancer under the name "Riki Jackson.

Niki's history as a "Riki Jackson" is quite impressive.
He appeared in the music video for the song "Tatta" by Yuzu, and

She and her sister appeared in the "Little Honky Dance Championship" on "FNS 27 Hour TV"!
Niki performed a Michael Jackson dance cover.

In this video, you can also see a very valuable video of a sumo wrestling match between Niki's mother and Masahiro Nakai.

Niki was praised by Kent Mori for his dancing ability in the "Little Honky Dance Championships!"
Kent Mori is a world-class dancer who was the exclusive dancer for the world diva Madonna.

To have your abilities recognized by world-class dancers at such a young age!
It's really awesome...!

In addition, Niki also has a history of performing with "SHINee," a K-pop idol that is very popular in Japan.
I have performed in concert as a kid dancer "SHINee Kids"!

It's all such an amazing career that it's hard to believe it's from my childhood.

He even has a childish side where he cries at SHINee concerts because he hates that it's over!

Niki's dancing ability is as good as any adult's.
But his personality is appropriate for his age, and I love that he's so adorable!

He is so talented in dance that it is hard to believe that he is the youngest in the group.
And Niki, with his cool visuals.

The level is so high, it's kind of unapproachable...
You might be thinking.

But Niki also has the personality of the youngest!

Niki is a sweetheart, probably because he has an older sister to begin with.
The ENHYPEN brothers are spoiling me.

That one day at Vlive, there was a time when I was sleeping with a member of the group.alsoDiscovery!

Niki's free behavior is surprisingly noticeable within the group.

But "It's Niki, so what the heck!" and
The members and the fans forgive you.

Niki has such a character typical of the youngest child.
However, we are not only spoiled by our brothers.

You're a teenager, but you're solid!" It's awesome!"
He is respected by fans of Niki's generation.

He is a good dancer and handsome.
And he's got a great personality too!
It's too powerful...!

ENHYPEN Niki is such a person

Related Articles  The old and the new are totally different! BTS members before & after their debut!
ENHYPEN HYBE K-POP
Category
Search