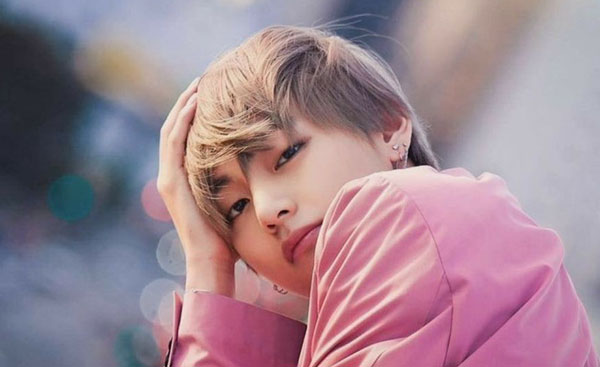 Tete, aka V, is the most popular BTS member in Japan.
It's cool at first glance, but that's not the only reason why it's so appealing not only to Japan, but to the world!

There are very, very many nicknames in Japan.Almost almost "tete a tete."It is called
It is a strange phenomenon that overseas, he is often called by his real name, Taehyung, while in Japan, Tae-Tae is the most common name.

Tete" is a nickname derived from his real name, Taehyun, and it expresses Tete-kun's cuteness very well.

His family consists of his parents, a younger sister, and two younger brothers.
His parents were farmers, and his grandmother raised him instead of his busy parents, so Tete was a grandma's boy.

Tete's pet is a black-tan Pomeranian named Yontan.
Can't tell which one is the pome, so cute!

Tete-kun loves anime and his Japanese is said to be the best among the members.

How BTS Tete became an idol

Tete-kun became an idol because of a scout.
When he accompanied his friend to the audition, naturally the BigHit scouts could not miss Tete's good looks, and an additional audition was set up.

I'm glad it was genuine and not a scam, and I'm glad the Tete family believed me.

Tae-Tae became a trainee of BigHit, but Tae-Tae was not released to the public until just before his debut.
It is said that Tete-kun was so handsome that the company, worried that he might be taken by another firm, hid him until his debut.

The first thing I would like to say, and must say, about Tete's attractiveness is his beautiful appearance.

With his dignified eyebrows, crisp eyes, and sculpted features, Tete has a beautiful profile that makes him the most photogenic.
He is always handsome no matter what angle you cut off or what expression you put on his face.

With his single-lidded eyelids and deeply sculpted face, Tete's combination of Eastern and Western charms has been described as mysterious and like a work of art.

Tete is a regular on the "World's Most Handsome Faces" list and won first place in 2017.

Tete-kun.No longer at the genetic levelThe handsome man is engraved with

An image of Tete's father's younger days that has been circulating on the internet.
Your father and Mr. Tete look so much alike, it's shocking.
And despite the different era, the father is still a beautiful man who sticks with us today.

Tete was born inheriting such handsome DNA.
Of course, childhood is too cute.

So young, but already so complete at this point!

Tete is a genius at managing facial expressions.

Another point to be mentioned is Tete's ability to create facial expressions using his natural good looks!

Four-dimensional (natural) that you can't help but love

With such an artistic face and mysterious atmosphere, one might think at first glance that Tete's personality is cool as well, but in his everyday life, he has a soft, four-dimensional, friendly, and adorable personality.

I would love for you to check out what kind of a natural he is by watching V Live or other videos, but Tete-kun is like a five-year-old boy who makes funny faces, jokes around, and is never tired of being watched.

K-pop boy groups usually have a lot of skinship between members, but Tae-tae is very close to other members.

The members of the other group (Sevchi) are very close to each other.

This distance from PSY, one of the biggest names in the industry, lol.

Plus he loves kids and has lots of friends!
Tete-kun is a loving and well-loved character.

The gap between this cuteness and a low-pitched husky singing voice is too wide.

The low-pitched, powerful, yet gentle, delicate, and sad voice that she carefully expresses is a swamp you can't get out of once you get hooked on it.

Tete's solo songs are good, but the harmonies with the BTS members create the most pleasant sound.

Jimin's high notes and the humor of "Life Goes On" are the best of the best and help me sleep well.

I've told you how great Tete is in low tones, but he's also great in high tones!
Tete-kun is well established as a low-pitched person, but his range is actually quite wide, and the beauty of the high notes he sings in his husky voice is a must-see.

The gap between the highs and lows has hearts racing, and Tete-kun is like a roller coaster ride that never stops.

Is there such an interdimensional character in real life, a handsome guy, naturally cute, and with a bass voice?

Tete has so much to offer that it cannot be described here.
I hope this article has inspired you to want to know more!

Tete is the most popular in Japan. What is the reason for this?↓↓↓

Why is your name V, BTS, too complicated?↓↓↓