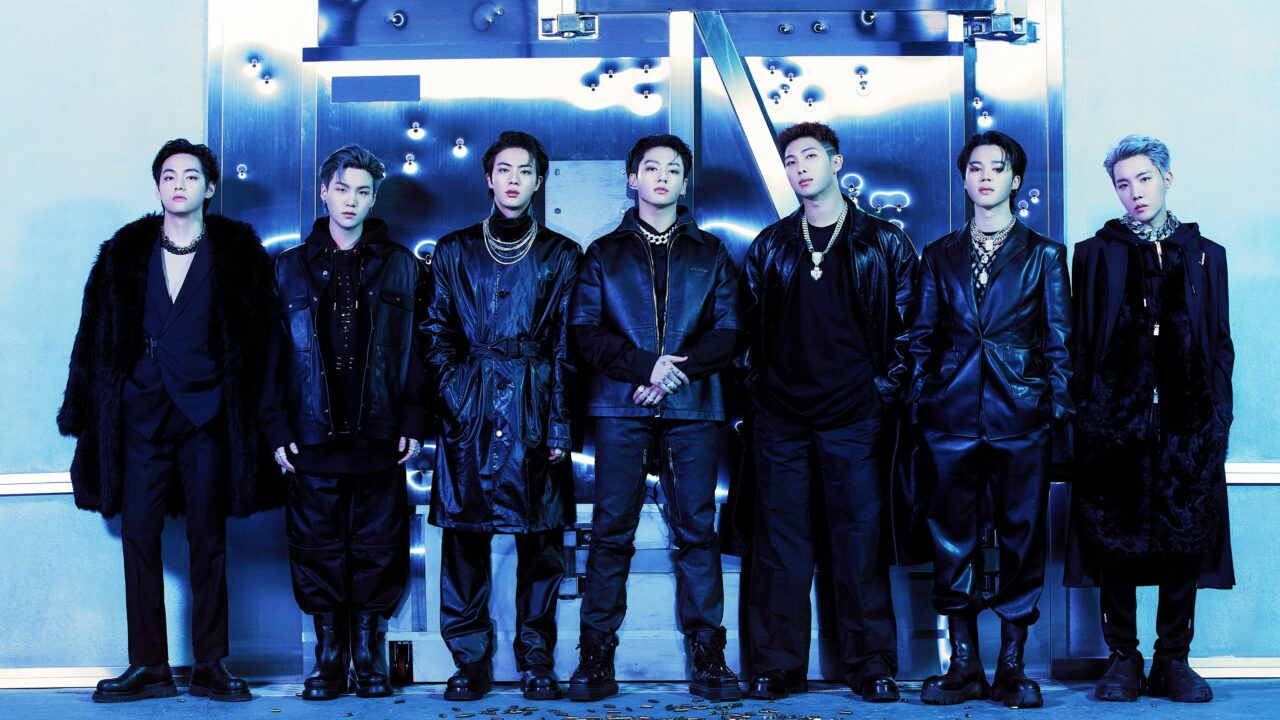 Now, he has fans all over the world and is active worldwide.BTSThe following is a list of the most common problems with the

Although they are now in their ninth year since their debut, it is said that BTS is actually characterized by a lack of hot love reports.

In this issue of BTS, we'll discuss why there are no reports of BTS hotness!

Why BTS is not getting any hot press?

If you are a celebrity, you can't avoid the heat of the moment.

BTS members may be idols, but they are still men in their 20s, so they are by no means uninterested in romance.

howeverBTS has never had a definitive love affair report, and the only talk of a love affair has been unreliable gossip!The following is a list of the most common problems with the

Now let's examine why there are no hot reports on BTS.

BTS is active not only in Korea but around the world.

It may be difficult for the average person to imagine what kind of life BTS leads every day, but you can sort of tell that they have a very busy schedule.

BTS had talked about her daily life in an interview with ELLE Girl Russia, which was released in December 2018.

'Do you have time for romance in your busy life?' BTS was asked.

BTS member Suga, who is a member of theI do nothing but work. I wake up in the morning and work a nearly 24-hour schedule every day."He replied.

and'I can't take months off, and if there's someone I'm interested in, I don't have time to think about romance.'He also stated.

This is a pre-Corona interview, so perhaps the pace of work has changed a bit with the Corona disaster.

However, given that BTS's popularity has not waned, it is easy to imagine that they are as busy today as ever.

furthermoreOf the 365 days in a year, I spend 360 with my members."BTS once said.

It also shows that you lead such a busy life that it is difficult to have enough time to even spend with your family and friends, let alone your girlfriend.

The fact that they are too busy with their schedules to have time for romance may be one of the reasons for the lack of reports of a passionate relationship.

HYBE (formerly Big Hit Entertainment), the agency to which BTS belongs, is now one of the most popular and famous entertainment agencies in Korea with many artists.

However, when BTS debuted, HYBE was a small office with a staff of about 20 to 30 people.

It is no exaggeration to say that BTS has made HYBE bigger and bigger, as the scale of HYBE has grown along with the popularity of BTS.

Of course, BTS, like other groups, did not become popular immediately after their debut.

Through a variety of experiences, the company has gradually built up a fan base and has risen to the top.

thereforeThere is something special about the way BTS feels about the staff and the office they have worked so hard with.This is considered to be the case.

BTS has a strong sense of "not wanting to cause trouble for everyone around them."The following is a list of the most common problems with the

It is not easy to fall in love considering the various ramifications of a passionate love affair, and as a result, it can be assumed that they are living a life of refraining from romance.

Reasons for BTS's lack of hot news (3) Feelings for fans

BTS held a global press conference to announce their 2019 album MAP OF THE SOUL:PERSONA.

BTS, which was preparing for its sixth anniversary at the time of its debut, asked during a press conference, "Why are there no reports of infatuation? Do you have a secret for self-control?" The question was asked.

To this question, BTS member Shuga responded as follows.

From the very beginning of their debut, they talked a lot about their work, their influence, and their heart for their fans, and all of the members have this idea of 'living up to our dreams and the love of our fans.'"

BTS has many fans around the world, regardless of gender, but female fans in particular are often shocked by reports of infatuation, and BTS knows well that infatuation can be fatal for idols.

Therefore, it is clear that all BTS members share the desire to cherish the fans who love them and live up to their expectations, without making the fans sad.

It also shows that the BTS members themselves feel that their idol work is made possible by the support and love of many people around them, including fans and staff.

furthermoreBTS's office, HYBE, has no set rule against romance.

HYBE's policy is unusual considering that most Korean offices have a no-love period for several years after debut.

However, because the office does not set a rule against romance, each BTS member is naturally aware of the need to act in a way that is not embarrassing to their fans.

The sincere attitude of putting the fans who love BTS first and prioritizing their activities as BTS over their love life is the best thing for them.

During the global press conference I mentioned earlier, BTS member Jimin gave the following answer as to why there were no reports of a passionate relationship.

You can see how the BTS members, who are always together, care about each other very much.

Members who have shared the same time since their teenage years, sacrificing much to achieve the same dream, are irreplaceable.

for this reasonAs much as the fans and staff.I also don't want to bother the members who are always by my side and whom I trust.I guessThe following is a list of the most common problems with the

The popularity of BTS can also be attributed to the fact that they have a very deep love for their members.

At the same time, the members have a strong bond with each other, and it is probably an unspoken rule that they do not want to cause trouble for each other by their individual actions.

When BTS was active as a trainee, one of their seniors, Cho Gwon of the talented vocal group 2AM, gave them some advice on love during a Korean TV program.

He also mentioned the following as reasons why Cho Kwon did not have a girlfriend.

I wanted to be a singer, so I came to the agency on my own, but I couldn't fall in love. At the time, I had no interest in love at all, I just wanted to debut as soon as possible."

When I go on stage and hear the cheers of my fans, I can't even begin to describe how happy I am. I became a singer to experience that feeling. I don't need other things (such as love).

The real voices of seniors who have already debuted and are active are very influential.

It can be considered that the reason why there are no reports of BTS hot love is because the BTS members have kept the words of this time firmly in their hearts.

What do BTS fans think is the reason for the lack of hot news?

So what do BTS fans, who are the closest supporters of BTS, think about the reasons why there are no reports of passionate relationships?

While there are many BTS fans who believe that there is no passionate love affair in BTS in the first place, some speculate as follows.

For exampleHYBE is cooperating with the romance, and HYBE is paying them to pressure them not to report their passionate love affair."Etc.

Some Korean idol groups have been known toHe stated, "There is a system in place whereby the office takes care of the romance."It is also true that some people did.

After hearing such stories, you may be wondering what HYBE's actual stance is on love.

Nevertheless, these opinions are only speculation.

Although he is a top idol, there have been no reports of a passionate love affair so far.Thorough self-discipline by BTS members themselvesis significant.

Is it true that there is a firings of the BTS office?

Some BTS fans are notI wonder if BTS's agency HYBE is covering up the reports of their love affair?Some people thought that the

Indeed, since BTS is the leading artist in K-pop today, it is normal to want to eliminate all but the cleanest information possible.

howeverConsidering that other major entertainment companies besides HYBE have had various reports on them, including heat affairs, it would be hard to believe that BTS is the only one that has not had any special heat affairs reported on them!The following is a list of the most common problems with the

As a matter of fact, it is still fresh in our minds that just recently there were reports of a passionate love affair between BTS member V and BLACK PINK Jenny.

Neither they nor HYBE have released any comments on this matter, so the truth is still unknown (as of June 2022).

BTS is in the midst of an important period right now as it prepares for its 10th anniversary next year, but the office is really hot on the news!indicates object of desire, like, hate, etc.If it were possible to cover it up, it is conceivable that this report of a passionate love affair would never have come to light.The following is a list of the most common problems with the

Why BTS has not been reported as a hot topic Summary

Here is a summary of why there is no heat on BTS.

There's more than one reason why there haven't been any reports of a passionate relationship.Especially their desire not to inconvenience the fans, staff, and other supporters of BTS, it's very BTS-like!

andSome believe BTS's office is covering up the reports of their infatuation.Given that some of the information has actually come out as reports of a passionate relationship, we cannot rule out a cover-up by the office.

It is said that BTS has no rule against romance, so we may see more reports of BTS members' love affairs in the future.

Especially when it comes to infatuation, it tends to attract attention because it is a topic that fans are concerned about, but the BTS members understand their position and will not do anything to cause grief to their fans.

BTS has had some unreliable love reports and rumors in the past, but because BTS cares so much about their fans, it is even more important for their fans to believe in them.

Let's not be misled by rumors, but only by the words of the BTS members, and keep warmly watching for more to come!

Related Articles  Who is LE SSERAFIM's Japanese member Kazuha! Why is it so popular?
BTS devotion Why there are no reports of a passionate relationship
Category
Search