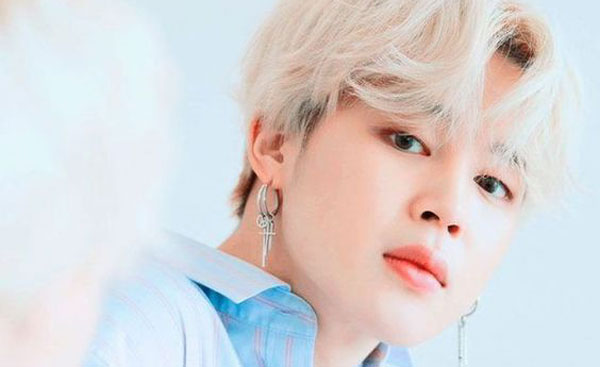 Jimin, a popular member of BTS (Bantan), is so cute and adorable.
And yet, on stage, they never stop looking cool with their super high-pitched voices and sexy dance moves!

Here is a new summary of Jimin's profile and charms.

Jimin is originally from Busan.
He's a Busan boy with what's known as a masculine personality!

What kind of personality he actually has is described below!

How Jimin became an idol

Jimin started dancing (poppin) in junior high school.
After seeing actor and singer Rain (Pi) on stage, she began to dream of becoming a singer.

In high school, he entered the dance department of Busan Arts High School at the top of his class.
I did modern dance for two years before moving to Seoul to live as a trainee.

Jimin auditioned for BigHit Entertainment and became a trainee at the recommendation of his teacher while he was still in high school.

After that, his debut was decided with a speed of 13 months as a trainee.
This is unusual in the Korean entertainment industry, where a long trainee period of two or three years is the norm.

It sounds like it has been smooth sailing so far, but Jimin was the last member of Bantan to be selected to make his debut.
We were on the brink of making our debut.

Despite these difficult circumstances, Jimin was able to make his debut not only because he was very talented, but also because he is a hard worker who is said to be a practicing bug.
Before his debut was confirmed, Jimin slept only three hours a night and practiced every waking hour.

Jimin's strength is his experience in two completely different genres of dance, poppin' and contemporary dance.
They can perform a wide range of dance styles, from acrobatic and powerful to delicate and emotionally expressive.

Among them, the one that shoots through the hearts of the bakubakubakubakuban fans is
Jimin's sexy dance.

The expression, the gaze, the flexibility, the strength and weakness of the expression were all so beautiful that it brought tears to my eyes.

All BTS members are the best dancers, but what makes Jimin-kun Jimin-kun is the expression of detail.

I was amazed at how many different emotions could be conveyed through dance.

Beyond his skill, Jimin's personality is expressed through his dance, which is truly an art. ！！！！
It's a dance that gives you an emotion that good dancing alone is not enough to express.

Watching the group dance with the members makes their individuality stand out even more and gives you goosebumps.

The singing voice of an angel washes over your heart! High tone voice

Although Jimin started his career in dance, he is also an exceptionally talented vocalist.

In particular, he can sing super high notes without any difficulty, and Jimin takes care of most of the high note parts in BTS.

Her sweet and gentle voice attracts not only her fans but also those who hear her for the first time.

Despite having such a unique singing voice, Jimin has been saying since his debut that he wants to be a better singer.

He is humble, greedy, and hardworking to a fault.
He is so strict and stoic about himself that it worries me.

The members of the group are the ones who support Jimin.
Jimin, who lacks confidence in his own voice and wants to be as good a singer as Jongguk, encouraged him by saying, "I like your voice. Crying.

Jimin is so hardworking that even now that he is recognized as a world-class artist, he says he will continue to "work hard on singing and dancing.
Fans say he's getting better again! The company continues to update its capabilities to the extent that people are constantly asking, "How can I do this?

And now we're back to Jimin-kun's efforts!

Jimin-kun, as he is affectionately called by his fans as "Jimin-chan," is a really, really cute guy.

Her sensitive and gentle nature is endearing, and her playful gestures are adorable.
The expression on her lips, while not exactly mocking, tickles the maternal side of my heart.

Jimin's face is not a royal handsome face, but there is something about it that attracts me.
It looks good with makeup, and the eyes are very attractive and draw you in.

Jimin is very much loved by the members and is a bit of a teasing character.
It's cute to be teased, but I also respect the size of your capacity to take the teasing even though you are super strict with yourself.