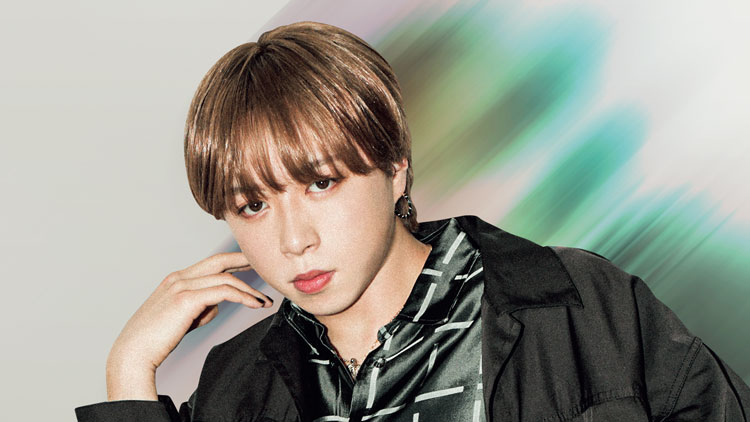 7-member boy groupBE:FIRST."Among theSouta with overwhelming dance skillsThe following is a list of the most common problems with the

Souta is a world champion in dance, but in fact, his mother is an amazing person too!

This issue will focus on the topic of Souta's mother and family.

Currently a very hot boy group.BE:FIRST."The following is a list of the most common problems with the

While each member is talented and capable, Souta is considered the No. 1 dancer in the world.

One of the most indispensable things about Souta is that it is a place where you canSouta's motherIt is.

So before we introduce Souta's mother, let's first take a look at Souta's profile.

Then here's a profile of Souta's mother!

Souta's mother was aI am a dance instructor under the name "YATCH."The following is a list of the most common problems with the

In fact, Souta's mother has won a world dance competition!

What a first for the 40+ division of the ALL GENERATION CHANPIONSHIP held in Korea in 2020, where he won first place in his first appearance!

By the way, here is a video of that time.

Souta's dance skills and sense of style are certainly inherited from his mother.

Souta also has a track record in world competitions, but to have both father and son win world championships together is a hell of a feat!

Souta's mother is a dance school operated by HANA Enterprises, Inc.Studio HANA!"The company belongs to the

He currently teaches the LIGHT HIPIHOP class on the 1st, 3rd and 4th Thursday of each month.

BE:FIRST Are there any famous people from Souta's mother's dance school?

Studio HANA!", where Souta's mother is an instructor, is a prestigious dance school that has trained many dancers.

Souta is another celebrity who belonged to dance at "Studio HANA!", but I was curious to find out if there were other celebrities from the same dance school.

thereuponIt turns out that we have produced many charismatic dancers and celebrity back-up dancers in the world of dance!

What surprised me was BE:FIRST's pre-debut songShining Oneand latest songsBetrayal Game.He is in charge of choreography atNOPPO by s**t kingzbutSouta and I were seniors and juniors in dance school.That is to say.

So the people who are so talented that SKY-HI asks them to choreograph for him are also from "Studio HANA!

Souta's mother and other instructors are also amazing people, so we may see many more famous dancers in the future.

What is the family structure of BE:FIRST Souta?

He also has a dog, which frequently appears on Souta's mother's social networking sites.

What is the occupation of BE:FIRST Souta's father?

I've been trying to find out the occupation of Souta's father.Couldn't tell because it's not publicly available.The following is a list of the most common problems with the

Souta's mother's social networking sites show her father's DIY creations and how he made a cake for their wedding anniversary, indicating that he is a dexterous type.

Also, Souta's mother says that his father "doesn't usually talk," so he must be the type who quietly looks out for his family.

Souta's mother isHidashi Papa."and you can tell from their social networking sites that they are very close.

From your social networking posts, it's clear that you're a very close family!

Souta has a younger sister, Konatsu, who is also a dancer.

Also, Konatsu-san.I have won a world dance competition in 2019!The following is a list of the most common problems with the

The team Konatsu was a member of at the time of the championshipSouta was in charge of the choreography for "KANA-BOON! ALL STAR!The following is a list of the most common problems with the

It's truly an amazing family to have three world championship winners in your family, your mother, Souta Konatsu, and her family!

The mother's social networking site also has a video on Instagram of Souta and Natsu doing a dance collaboration.

The video of the two of them dancing is stunning!

Konatsu also appeared as a dance instructor on a variety show in December 2021.

Konatsu was teaching dance to Mitsuyoshi Uchimura in the new club activity and dance club project of the popular TV show "Itte Q to the Ends of the World.

Perhaps there will be an opportunity in the future for Souta and his siblings to perform together!

I've introduced you to Souta's family, and of course Souta has an amazing resume!

Souta grew up watching his mother dance from an early age.

Souta started dancing when he was aI knew it was because of my mother's influence as a dance instructor.The following is a list of the most common problems with the

Souta appeared in "THE FIRST," an audition to determine the members of BE:FIRST.20 years of dance experience.He remarked.

Souta was 20 years old at the time of her audition appearance, which indicates that she has been familiar with dance since she was a baby.

Souta started dancing seriously when he was 9 years old, so it must have been around this time that he entered dance school.

Souta has been dancing for only four years.2013 (age 13)to the World Championships of DanceHe participated in the "WORLD HIPHOP DANCE CHAMPIONSHIP" and won 6th place despite it being his first entry.The following is a list of the most common problems with the

Souta was quite frustrated at this time, as he had vowed to take revenge for his challenge.

However, I took the challenge with that frustration.In 2015 (at the age of 15), she won the "Varsitiy Division" after devising her own choreography for the first time.The "A" is decorated withThe following is a list of the most common problems with the

Also worked as a back-up dancer for celebrities

Souta before being selected as a member of BE:FIRST., ,SOUCHINHe has worked as a dancer and choreographer asI was.

andHe also served as a back dancer for Yurina Hirate, a former member of Keyakizaka 46.and has appeared in music videos and singing shows.

Incidentally, Yurina Hirate's "Reason for Dance" (2020) was choreographed by Souta himself.

Souta was a dancer who was so highly regarded by celebrities that he was asked to choreograph for them.

Has appeared in many commercials and TV programs

Souta has been a high school student since about 2017.I have appeared in numerous media, including commercials, dance battle shows, and as a back-up dancer for singing shows.The following is a list of the most common problems with the

Souta must have already been a well-known dancer in the industry, as he had been teaching kids' classes at "Studio HANA!" since he was in high school and had won a world competition.

Among the members of BE:FIRST are Ryoki, who was also an actor, and Leo Manato Shunto Ryuhei, who was a trainee at a major firm.

Of course they have experience in many different places, but Souta's background as a serious dancer from his teens is especially impressive!

Souta's presence is reassuring to the members of BE:FIRST, as he has gained a lot of experience.

Why did you appear in THE FIRST?

Souta had established a solid reputation as a dancer, but you may be wondering why he tried auditioning for a boy group.

We looked into Souta's motivations for competing in THE FIRSTI want to be the embodiment of music."This is because he had a strong desire to do so.

I want to get closer to the music and broaden my musical horizons."Sota has a strong feeling that this is a good idea.

Souta won a world dance competition.I chose the path of an "artist" rather than a "dancer" because I admired the style of Bruno Mars, who makes his own music and dances by himself.The following is a list of the most common problems with the

Sota is a hero.A being that can influence others."The company expresses this as follows.

Just as I was inspired by Bruno Mars, Souta himself wants to be an influence to someone else.

If Souta had continued as a dancer instead of being a member of BE: FIRST, he probably would have been successful.

But by becoming an artist called BE: FIRST, you have already become a hero who has influenced many people.

In that light, Souta's decision to follow the path of an artist instead of a dancer was a great decision!

Souta is the most talented dancer among the members of BE: FIRST.

And Souta's mother and sister are also world-class competitors in dance.

Souta's talent for dancing wasInherited from his mother, a dance instructor.I could clearly see that it was a

andHis sister, who is a dancer, is also a good inspiration for Souta.I guess.

BE: FIRST has set its sights on becoming a global player in the future.

Souta knows the top of the world, and the members can rely on his presence.

I can't wait to see what kind of artist Souta will become!