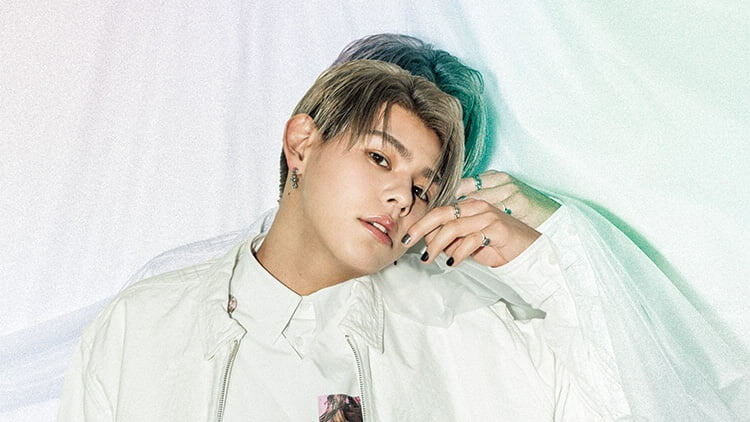 7-member boy groupBE:FIRST."One of the oldest members ofLeo.The following is a list of the most common problems with the

In addition to performance, say LeoA dazzling smile and warm personalityBut it's so popular!

In this issue, we will introduce more details about Leo, who is such a charming human being.

What is BE:FIRST Leo?

Leos are a talented and unique group of members.BE:FIRSTAmong theAlways smiling and bright as the sun.It is.

Among the members of BE:FIRST, who come from a variety of backgroundsLeo in particular was chosen for BE:FIRST with a lot of experienceMember.

What kind of path Leo has taken and who he is.

Currently 23 years oldLeo in the

Among the members of BE:FIRST.The oldest of the same age as JUNON (JUNON)It is.

Leo is 179cm tall and has a small face and a good figure, which makes him look very good in performance!

What is BE:FIRST Leo's personality?

From the time THE FIRST aired.Popular for its personality and friendlinessLeo, who had obtained

SKY-HI has been working on Leo'sHe has a worrisome One For All mentality."Leo is so considerate of his surroundings that he says, "I'm not going to forget to take care of my neighbors.

Leo has a wonderful personality, caring more about others than about himself, and he actively encourages not only the BE:FIRST members but also the staff, making them feel at ease on site.

BE:FIRST Leo is a beloved character.

Among BE:FIRST's lineup of handsome men, Leo has a distinctly half-Japanese face.

Leo's charm also lies in the gap between his cool looks and his personality.

As well as being the oldest member of BE:FIRST"A character to be messed with."Leo is also famous as a

It is because of Leo's cheerful atmosphere that he is teased by the younger members.

The way Leo is loved by the members of BE:FIRST has also won the hearts of the fans.

Is the leader of BE:FIRST, Leo?

BE:FIRST has no leader.Oh, my God!

No leader dared to be placed.Everyone will be a part of the BE:FIRST team.This is also BE:FIRST's policy.

Leo himself considered his own aptitude and said, "I want the title of leader! and is running for the leadership of BE:FIRST.

Many of you may remember that during the auditions, the team with Leo was definitely a better team with his leadership.

His humanity, trusted by SKY-HI and loved by BE:FIRST members and fans alike, is evidence of Leo's leadership qualities!

Leo not only has a warm personality and the ability to talkAll-out performance is also popular.It is.

Leo always performs with his whole heart and soul on stage, and it's truly mesmerizing!

First, take a look at this video, packed with Leo's overwhelming presence and the awesomeness of his performance!

What do you think?

Here's a video from the final judging of "THE FIRST," and Leo's performance is nothing short of spectacular!

Because Leo's singing and dancing are consistent and not wave-like in a good way, his team always received high marks during auditions.

It was during the second screening of "THE FIRST" that SKY-HI first got a good look at Leo's performance.

In addition, the evaluation of Leo as an individual, but especially of his presence on the team, was very high.

On the other hand, I have received harsh evaluations during auditions.

SKY-HI acknowledged Leo's singing ability, but also said, "The time to stabilize the pitch was short," and asked him to further improve his skills in terms of technique.

Also, during the camp review'There's no question that our presence is fading.'I was once told.

Leo had originally joined "THE FIRST" as an experienced performer, so he had high performance capabilities from the start.

But some of the inexperienced ones were showing amazing growth, so

In such an environment, it may have been possible for Leo to be buried in the middle of the process.

Nevertheless, Leo was successfully selected as a member of BE:FIRST because of his impressive efforts and always positive performance despite the high barriers he faced.

This is proof that Leo's hard work has firmly reached SKY-HI's heart.

Leo before being selected for BE:FIRST.One of the members with twists and turnsIt is.

Leo started dancing when he was in high school.

You may be wondering how I got started in dance and how I became the Leo I am today.

Now let's take a look at his background!

Leo has been a high school student since about 2014.avex artist academy tokyoHe was enrolled in the

Leo, who had been a baseball player until then, was helped by music when he was struggling, which led him to his dream of becoming an artist.

During her time at the academy, she won through rigorous lessons and auditions, and after graduating from high school, she signed a training contract with avex.

When Leo was a member of avex.Belonging to three development groupsI have gained experience in the field.

An 11-member dance and vocal group.

Leo was also active as a vocalist, but the group disbanded after about a year of activity.

A six-member dance and vocal group.

Although each has been active for a short period of time, they have performed in several different environments and
You have quite a dense experience.

While Leo was with avex, he appeared in SKY-HI's music video "Don't Worry Baby Be Happy feat. STAMP" released in March 2020!

In the second half of this music video (from around 2:00), Leo is dancing with SKY-HI wearing a red and black checked shirt.

In a later interview, LeoSKY-HI's wonderful personality made me want to join THE FIRST."He said.

For Leo, this music video performance would have been an important turning point.

After this music video was released.At the end of March 2020, Leo's training contract with avex ended.The following is a list of the most common problems with the

At the time Leo left avex, "THE FIRST" was still undecided, but it was clear that Leo had a strong desire to follow SKY-HI.

Have you ever studied in Korea?

Leo, in telling the story of what has happened so far.I was a trainee in Korea."I once said.

Also, JUNON of BE:FIRST, who has debuted in KoreaMe, RYOKI, and Leo have all been to Korea before."He told us that Leo was also doing well in Korea.

Did you debut in Korea?

Unlike JUNON.Leo has never made his debut in Korea.

I don't know where Leo was a practitioner.but since he posted a photo of a Korean cityscape in the background on social media around 2019, it is said that he may have been in Korea at this time.

Leo has not made his debut.I was even approached to make my debut in Korea.I'm sure he's a very good one!

Leo also says that he feels for the members of BE:FIRST because of his great experience when he was a trainee in Korea.

I think Leo can understand the various feelings of the younger BE:FIRST members because he has been through some painful experiences.

Looking at Leo's smile and the way he is performing today, it seems that his decision to return from Korea and join "THE FIRST" was a very good one.

Leo is relied upon and loved by everyone, not just because he is the oldest, but because he has come this far with so much experience.

Personable and always hard working Leois the leader of the team.

With an experienced Leo, you canThere is no doubt that the team BE:FIRST will continue to shine!It is!

Let's hope to see Leo and BE:FIRST make even greater strides in the future!