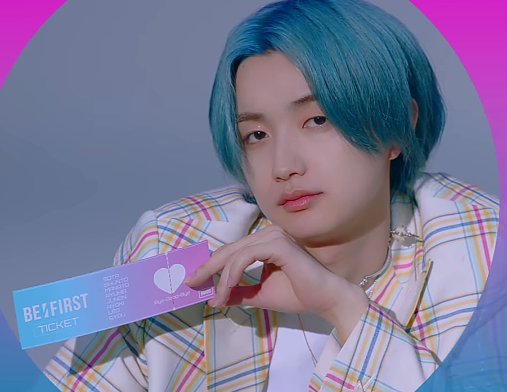 Talented 7-member boy groupBE: FIRST."The following is a list of the most common problems with the

Junon, a member of BE: FIRST, has grown rapidly despite her inexperience and boasts overwhelming popularity.

In this issue, we'll discuss why Junon is so popular, his college, and his girlfriend!

What is BE:FIRST Junon?

Currently enjoying a surge in popularityBE:FIRST."The following is a list of the most common problems with the

Among the members, all of whom are talented singers and dancers.Junon is gaining top-class popularity.It is.

As evidence of this, the number of comments on SNS and the number of video views on Youtube for Junon are high among the members, indicating that it has attracted a lot of attention.

Let's start with a profile of Junon.

They are the oldest members of BE:FIRST, the same age as Leo!The following is a list of the most common problems with the

He had been said to be the tallest member, but in a magazine interview he said that Ryuhei, the youngest, had overtaken him, so he is now the second tallest from the top.

Still, he is over 180 cm tall and has an aura of his own, so he still has a great presence.

BE:FIRST Junon's sister is a singer/songwriter!

Junon has a sister.whatYounger sister also active as singer-songwriter "Remifa #".I do!

They are truly a beautiful brother and sister.

He is now not only a singer-songwriter but also a radio DJ.

Before Junon was selected as a member of BE:FIRST, they had uploaded a video of their friendship on Youtube.

Junon said he got into music because of his father, and since Junon's sister was also influenced by her father, their father must be a pretty musically savvy guy!

The Junon family must have a beautiful bloodline.

Junon was chosen as a member of BE:FIRST with no experience, but he has actually worked as a K-pop idol and actor for some time.

What on earth does this mean?

Junon is aJoined Korean boy group VERMUDA in October 2018I do.The following is a list of the most common problems with the

VERMUDA is a group that began activities in Japan in April 2017 and made its debut in Korea in June of the same year.

Junon was selected through an audition for additional Japanese members of this group.

howeverVERMUDA" was effectively disbanded about a month after Junon joined the group, and Junon, who had been in Korea, had to return home.The following is a list of the most common problems with the

Junon is said to be able to speak Korean, but he must have learned it during this period.

Junon, who has mastered the Korean language despite her short tenure of only about a month, is a very serious person.

Stage debut as an actor

Junon, who finished his career as "VERMUDA"After returning to Japan, he joined the theater unit "Five carDStage debut as an actorThe "A" is decorated withThe following is a list of the most common problems with the

A short time later, Junon participated in "THE FIRST," an audition to select the members of BE:FIRST.

Junon also works as a model

Since becoming a member of BE:FIRST, Junon has also been active as a model, making the most of her privileged body shape.

Junon modeled for an apparel brand established in Fukuoka in 2017 by former J-League player Hisaaki KobayashiFIDES.The following is a list of the most common problems with the

For Junon's soccer prowess, this is just the right brand for you!

Junon is also the only other brand toDebut on runway as a modelis also decorated.

At first glance, you wouldn't even know it was a Junon, it has so much potential to be a model Junon!

Junon will likely continue to increase her modeling activities, and fans will be happy to see a different Junon than usual.

Why is BE:FIRST Junon so popular?

Junon is one of the most popular members of BE:FIRST, but what exactly is the reason for Junon's popularity?

The main reason for Junon's popularity is his overwhelming singing ability.

Junon participated in THE FIRST with no experience in singing or dancing, but his talent in singing was already recognized at the audition.

SKY-HI also sang Junon's voice in theIt's a voice of an angel that transcends nationality and everything in between."He was a great admirer of the company.

The clarity of Junon's voice, especially in the high notes, is a characteristic of her singing.

Here is a video of Junon during her audition that shows her singing ability.

Amazing that you have no experience with this!

BE:FIRST does not have a center position, but Junon often sings the part where you want the audience to "hear this part".

It is clear that SKY-HI trusts him that much.

Junon is so gorgeous to look at that he does modeling, and he's so handsome that you can't help but follow him with your eyes!

Pale, neutral, good-lookingMany people have become fans because of Junon's looks, the face of the

Junon also has a model's body, so she looks good in anything she wears.

Especially in a suit during an audition, you look so sexy and nice!

With his height and good looks, it's no wonder he's so popular!

Junon has become more and more sophisticated and cooler since becoming a member of BE:FIRST, and I am sure his looks will make him even more popular in the future!

I love the gap between her looks and her personality!

Junon's personality in a nutshell.A loose-fitting, natural character."I guess that is what it is all about.

During the audition, when SKY-HI praised his singing abilityI say I have no experience, because I sing at home!"The statement was a perfect example of Junon's natural character.

Junon also has a calm personality that does not like conflict, and has a gentle atmosphere at his own pace.

on the other handJunon is a gutsy guy with a face like this."and SKY-HI gave him a great evaluation of his work.Stoic and hardworkingaspect of the project.

When she participated in "THE FIRST," Junon, who had been praised for her singing ability but was not very good at dancing, practiced very hard, practicing on her own in the mornings and dancing in her spare time.

Junon's "I'll do it till I can do it" attitude has resulted in successful results, and he has a strong will that is hard to imagine from his appearance.

What's even more amazing is that JunonNot showing any signs of pain.Things to do.

I can understand why Junon became a fan, as she faced what she had to do without hesitation, even under the extreme pressure of an audition.

such (about the actions of the listener, or about ideas expressed or understood by the listener)Gap between soft appearance and core personalityis one of the reasons for its popularity.

As I mentioned earlier, Junon was not good at dancing, but eventually SKY-HI gave him aThey are performing at a tremendously high level, and I have nothing but high hopes for the future when I watch them perform."The company was evaluated as a "good" company.

I guess that means they have covered their weak points in dance with their singing ability, and have reached a level where they can compete well in terms of overall performance, such as facial expressions and use of the microphone.

He also choreographed BE:FIRST's pre-debut song "Shining One" and their latest song "Betrayal Game".NOPPO by s**t kingzisJunon is listed as the most notable member.The following is a list of the most common problems with the

The reason for this is that Junon has the frame and the weapon of his singing voice, and when he grows up in the future, his performance will be ridiculously sexy.

To the extent that Junon is rated this way by professionals, it can be said that Junon's current performance is quite high, leading to Junon's popularity.

If you're curious about Junon's performance, here it is!

Where is BE:FIRST Junon's college?

Junon joined "THE FIRST" during his senior year of college, when he had received a job offer from a public company but turned it down and put everything into the audition.

You may be wondering where Junon attended college.

I tried to find out the name of the university, but unfortunately I couldn't find it because it is not publishedThe following is a list of the most common problems with the

Incidentally, the following three schools are candidates as universities near Takahatafudo Station.

It is only an imagination, but Junon is a serious and hardworking person, so it is very likely that he attended a university with a high deviation.

We did not get the name of the university in detail, but we look forward to the day when Junon may be able to tell us about the university he attended.

Does BE:FIRST Junon have a girlfriend?

Unfortunately, we were unable to find out if Junon currently has a girlfriend!The following is a list of the most common problems with the

There is no way that women will leave him alone if he is so handsome, but I did not find any current rumors about him, which is a relief to his fans.

However, SKY-HI has stated that "BE:FIRST is not a love ban," so it will be interesting to see where things go from here.

BE:FIRST is very busy every day with new songs one after another, so we may not have any private time right now.

Of course, Junon is a very attractive man, and frankly, as a fan, I would like to see as little information about her as possible.

Junon is a popular member of BE:FIRST.

Junon sect (of Shingi Shingon Buddhism)Good singer, tall and good looking.and has many elements that make it popular!The following is a list of the most common problems with the

In addition, Junon has made such rapid progress in dancing, which she was not very good at, that she is now seen as a competitor by the more experienced dance members.

In addition, Junon is not only an artist but also a model, and more and more people will become fans of BE:FIRST because of Junon in the future.

Junon is truly a central figure for BE:FIRST, which is said to be changing the music industry in Japan.

I look forward to more and more of your future endeavors!