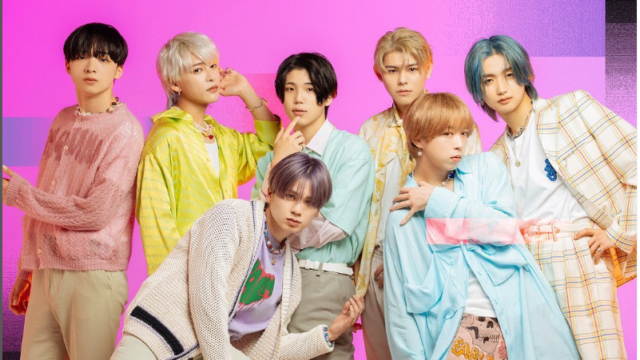 Boy group with rapidly growing popularityBE:FIRST."The following is a list of the most common problems with the

You see more and more of BE:FIRST on social networking sites and TV shows, and some of you are considering joining the fan club.

In this issue, we will introduce in detail how to join the fan club and its benefits.

What is the BE:FIRST official fan club?

BE:FIRST is a 7-member boy group selected through the audition "THE FIRST" hosted by SKY-HI.

We have been seeing BE:FIRST especially recently as they have been selected for a drama theme song and have appeared in commercials and music programs.

such (about the actions of the listener, or about ideas expressed or understood by the listener)BE:FIRST's official fan club app, the BMSG App, opens on November 5, 2021!The following is a list of the most common problems with the

BE:FIRST debuted on November 3, 2021 with "Gifted." so you can see that the fan club opened soon after.

By the way, the fan club isBESTY.It is named

BESTY is a slang term meaning "best friend."Fan name for BE:FIRSTIt is also!

How to join the BE:FIRST Fan Club and eligibility for membership

As BE:FIRST's exposure increases, many people are falling head over heels for their charms!

If you are wondering if you want to become a BESTY, let us start with how to join and the qualifications for membership.

How to join the BE:FIRST Fan Club

①Register for membership and payment procedures at the official BE:FIRST website.

(2)After completing the registration process, download the BMSG App.

The procedure itself is very simple.

Notes.First, you must register as a member on the official website.The following is a list of the most common problems with the

Just keep in mind that not everything is completed in the application.

In other words, all you need is a passion for BE:FIRST to join!

And the payment methods we will introduce later.Membership is available anywhere in the world as long as the "BMSG App" can be downloaded.It is.

Is there a free course in the BE:FIRST fan club?

Unfortunately, we don't offer free courses.Only "NEWS" in the various courses in the "BMSG App" can be viewed free of charge.The following is a list of the most common problems with the

In addition, you can read the monthly reports of the fan club and other information in NEWS.

Now let us introduce the membership fee that you are interested in.

The reason BE:FIRST's fan club membership is reportedly skyrocketing has nothing to do with membership fees!

Membership dues for the BE:FIRST fan club are500 yen per month (tax included)In.6,000 yen per year.It is.

And for 500 yen, you get all sorts of membership perks!

The easy on the wallet is one of the reasons for the increase in fan club membership.

There are three payment methods

andIn that case, no mid-term cancellation is allowed.It is.

If you would like to use monthly payment just to see how it goes for now, use Paypal or various carrier payments.

Incidentally, if you are considering joining the Fan Club from outside Japan, please note that we only accept Paypal payments.

That said, it's nice to have a choice of payment methods!

BE:FIRST fan club members can enjoy the following contents in the "BMSG App".

1. "BLOG" Off-shot photos and messages from artists will be posted.

2. "MOVIE" original video content "You're My BESTY" can be enjoyed.The following is a list of the most common problems with the

3. "SCHEDULE": Check the schedule of music releases and live performances.

5. "HISTORY" You can check the history of live performances to date.

And you'll also get to enjoy the following special offers!

The fan club's limited-edition merchandise sometimes sells out early, making the purchase of merchandise a big event for BESTY!

For example, BE:FIRST's first fan meeting, held in five cities across Japan starting in December 2021, was also a hot topic as a fan club member-only event.

Being a member is the best part about being able to enjoy these fan club member-only events!

What do you think?

Even a membership fee of 500 yen is quite enjoyable.

It is highly likely that the content of the "BMNS App" will be further enhanced in the future.So, if you're interested, there's no harm in joining!

What is the difference between "BESTY" and "B-TOWN?"

Actually, the BE:FIRST fan club has aBESTY."andB-TOWNThere are two types of

The differences between the two courses are as follows

Official fan club of BESTY -> BE:FIRSTThe following is a list of the most common problems with the

B-TOWN to BE:FIRST's officeFan community operated by BMSGSKY-HI plays a central role in the operation.

Basically, if you want to support only BE:FIRST, you can enjoy it by joining "BESTY".

If you have a strong desire to "support SKY-HI and BMSG artists" as a result of BE:FIRST, join B-TOWN.

B-TOWN offers two different courses ("Resident Course" and "Architect Course"), both of which can be enjoyed by following the members-only Instagram account.

You will be able to see off-shot photos and insta-lives (at least once a month) exclusively for resident members.

You will receive a report on the Architect course.

You can read SKY-HI's own memoir about the music industry.

You can read about ongoing projects, management secrets, and stories about SKY-HI and BMSG's philosophy.

You can participate in the management of BMSG through the regular live streaming of Insta-live.

Residency courses are more expensive because they function as an online salon as well as a music business.

Of course, it is a great opportunity for those who want to study BMSG's management philosophy up close and personal, and B-TOWN is a great place to make priority reservations for SKY-HI live tickets.

As a benefit of joining B-TOWN, both courses also allow you to participate in B-TOWN-exclusive community events and receive private messages on your anniversary.

incidentallyAt this time, there are no special offers available for joining both the "BMSG App" and "B-TOWN" fan clubs.The following is a list of the most common problems with the

However, if you are supporting a BMSG practitioner (trainee), your training progress will be posted (irregularly) in the B-TOWN architectural course.

There is no fan club for practicing students at this time, so if you are interested, please check this fan club as well.

How many members does the BE:FIRST fan club currently have?

It has been six months since the BE:FIRST fan club was established, how many members are there now?

I looked into it.Current membership numbers could not be determined as they are not publicly availableThe following is a list of the most common problems with the

So even fan club members don't know how many members they have because the "BMSG App" membership card doesn't give them a membership number.

However, looking at the number of followers on the official Instagram and Twitter at the moment, it is clear that we have a significant fan base.

Incidentally, although a simple comparison cannot be made, the number of fan club members of "Naniwa Danshi," who debuted at the same time and belong to the Johnny's Office, has already exceeded 350,000.

As BE:FIRST also becomes even more visible at festivals, events, and TV programs in the future, the number of fan club members is expected to increase even more.

What is the fan reaction to the BE:FIRST fan club?

Let us introduce you to the actual voices of those who have joined the fan club ahead of others.

While researching fan feedback on social networking sites, it became very clear that BE:FIRST is loved by people of all ages, regardless of gender.

Many of you were in your first fan club ever in your lives, BE:FIRST!

Lots of video content, photos, etc. available exclusively to fan club members.So, I saw many people saying that they were glad to have joined the fan club.

However, since the opening of the fan club, there have been some users who have been unable to log in to the application smoothly, and some of them are still having problems.

It does not mean that there is no support after you join, so if you need help after joining, take advantage of it.

I know there was a special offer to join the fan club for priority reservations for live tickets.Live tickets do not always have a high probability of winning.

BE:FIRST is already a popular artist, so it's not so easy to get live tickets.

Of course, many of the fan club members were able to get tickets.

While becoming a fan club member may not make everything the way you want it to be, there are many contents available that only fan club members can enjoy.

I'm sure you'll find all sorts of testimonials to consider!

We have described how to join BE:FIRST's fan club and the benefits it offers.

By registering for the "BMSG App," you can enjoy videos and off-shots that are exclusive to fan club members, and you can also make priority reservations for fan club member-only event participation rights and live tickets.

For 500 yen/month to enjoy this much fun, it's a very good deal overall!

We can expect the fan club to become even more substantial in the future, as we plan to add more and more contents.

Signing up for the fan club itself is easy, so if you're interested, please become a BESTY and support BE:FIRST!