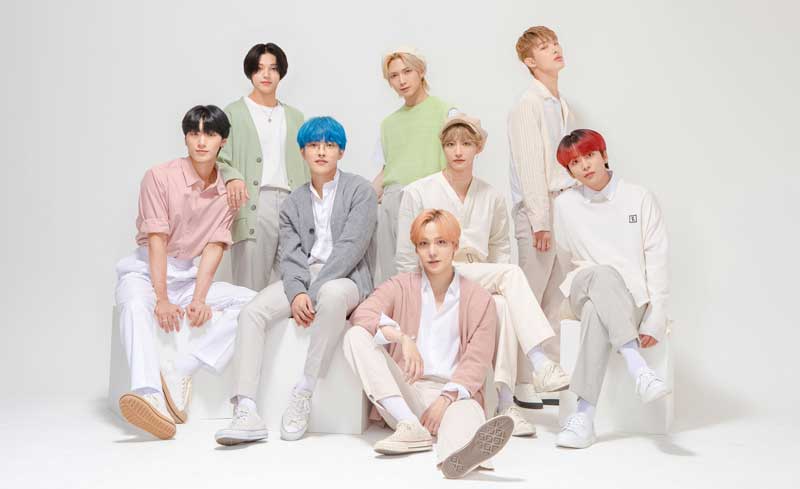 The new boy group ATEEZ debuted in 2018 and is attracting attention as the "next generation of global K-pop idols".

With songs and performances that are different from those of other groups, this group has a presence you wouldn't expect from a newcomer!
Here are the profiles of these ATEEZ members and the various attractions of ATEEZ!

What is ATEEZ? What kind of group?

Not only cool, but also charismatic performance and
The unique personalities of our members are what draws all the attention!

The members of ATEEZ are as follows

Then on October 24th of the same year, he made his debut with his debut album, TREASURE EP. 1 : All To Zero!

The title track of his debut album is "Pirate King".

They all have such an aura about them that it's hard to believe they're just debuting...

Personally, thisoverwhelming sense of strengthis one of the attractions of ATEEZ!

What a debut for ATEEZ!Overseas tours in 5 U.S. cities and 10 European citiesWe are doing it!And all the cities are sold out! Already.Awesome."All I can say is...

The Next Generation of Global K-Pop Idols.No wonder they call it the "The

I get the impression that all groups of idols who have just debuted are very new to the stage, or perhaps they are not used to it.
But ATEEZ is not new, in a good way, or it already feels like a big deal.

That's because the members of ATEEZ used to be a trainee group called "KQ Fellaz" before their debut!

During the time of KQ Fellaz, a trainee named Junyoung was working with them in addition to the current members, but Junyoung left the group before their debut.

Then ATEEZ debuted as an eight-member boy group!

In Korea, it's rare for a trainee to be exposed to the public from the time he or she is a trainee.
You hide it so that other firms don't take it.

Having worked professionally since their trainee days, the ATEEZ have been compared to other newcomer groups.State of experience and teamworkSo he made his debut in!

However, KQ Entertainment has a subsidiary called Seven Seasons.
The Seven Seasons includes "BlockB," famous for songs such as "Very Good.

Although they are not completely from the same office, when ATEEZ debuted, they were noted as "junior members of BlockB".

There are many parts of the songs that are very junior to BlockB, so I originally liked BlockB, and then I fell in love with ATEEZ! Many people say, "I'm so happy to be here!

Meaning and origin of the ATEEZ Group name

Teenagers from A to Z and everything in between.This means.

The group's name conveys a youthful vigor!
Youth! It's so nice.

Name of the fan club of ATTEZ

The fan name "ATINY" is a play on the
A combination of "ATEEZ" and "DESTINY".

."ATEEZ and ATINY were destined to meet.It means "the best of the best"!Romantic!

It's a good group name and a good fan name.
ATEEZ is a group with a great sense of naming.

The first thing that comes to mind when you hear about ATEEZ's appeal is its unparalleledOverwhelming performance!

Not to mention the cool dance moves.Acting ability as good as an actoris the biggest attraction of ATEEZ.

All the members are the type to get into the music.So much so that fans have called them all "possession types!"

In particular, this special Halloween stage attracted a lot of attention for its unique ATEEZ world view and powerful performance.

This stage really gives me goosebumps no matter how many times I see it...!
First of all, the makeup is on a different level...!

In just under four minutes, it's as satisfying as if you'd just watched a whole movie!

This stage was a big hit with fans.Most viewed performance videos on ATEEZ."It was also selected as one of the best!

ATEEZ gets so into the music on other stages that sometimes fans even look surprised!

Especially the member, Sun-kun, who really possesses the music, so oftenopen one's eyes wide (as in fear or anger)It is also famous for its laughter.

Look out for not only basic skills like dancing and vocal rapping, but also the stage presence that only ATEEZ can create!

ATEEZ with all its charm!
Here are the profiles of each ATEEZ member!

ATEEZ members in order of height

List of ATEEZ members in order of height.
The average height of the group is 177.2 cm!

ATEEZ members in order of age

Next up is the ATEEZ members, in order of age!
The age of this site is always updated to the latest.

ATEEZ member colors have not been officially announced.

But the color of the microphones the members carry is being spread among the fans as the members' colors!

We will introduce that in this issue.

Similarly for member colors, no official announcement has been made for the ATEEZ member pictograms.

So, I'd like to introduce you to some of the most commonly used pictograms among our fans!

What is the popularity order of ATEEZ members?

Finally, here are the popularity rankings for ATEEZ members.

It's only been a short time since their debut, so I'm curious to see who's the most popular at this stage!

This time, an overseas ranking siteRanker.The ranking is based on the ranking of the

The most "possessed" of all the ATEEZ, Mr. Sun, comes in first place!

The gap between her sexy and explosive expression on stage and her usual "four dimensional" mysteriousness is what makes her so popular!

ATEEZ is such a group!